Over the past year, Bay Area homes have become an extremely valuable commodity, as buyers grapple not only with rising prices but also slim supply. For the period ending July 2013, the average months’ supply of inventory (MSI) for single-family homes across Pacific Union’s six-county Bay Area region was 1.6, meaning that there were only enough available homes to supply the market’s demand for slightly longer than six weeks.

Considering that an MSI of 5.0 – which translates to five months – is generally considered the sign of a balanced market, it’s safe to say we’re in the midst of a boom. 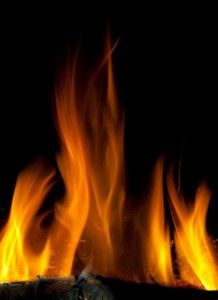 But even in a hot market, certain areas burn faster than others. With MSIs of less than 1.0 for single-family homes, according to MLS data on August 6, these 14 Bay Area cities and districts are currently the most in-demand in an already highly coveted region.

CORTE MADERA
With an MSI of just 0.4, Corte Madera has the slimmest supply of inventory in Pacific Union’s six-county Bay Area region, tying its two-year lows. The MSI in Corte Madera is currently 78 percent less than the Marin County overall average. Corte Madera’s MSI has been under 1.0 for five of the seven months in 2013 and is currently 71 percent lower than it was a year ago, when it was at 1.4.

GREENBRAE
For the third time this year, the MSI in Marin County’s Greenbrae dipped below 1.0 in July, to land at 0.7. The months’ supply of inventory dropped by 61 percent from the previous month, when the Greenbrae MSI was at 1.8.

MORAGA
One-third of cities in our sizzling Contra Costa region boast MSIs below 1.0, and Moraga is the hottest of them all, at 0.7. Though the MSI shrank by 42 percent from June, it actually bottomed out in March at 0.6.

SAN FRANCISCO DISTRICT 4
Three of San Francisco’s 10 districts have sub-1.0 MSIs, led by District 4, which includes the neighborhoods of Forest Hill and Diamond Heights. At 0.7, District 4’s MSI hit a two-year low in July and is down 59 percent from this time last year.

ALBANY
Homes in Albany have been a much sought-after commodity for the past year; since July 2012, the MSI in the East Bay city has risen above 1.0 only three times. The months’ supply of available homes in Albany is currently at 0.8, as it was in January, March, and May. However, the Albany MSI reached its lowest point in December, when it registered at a miniscule 0.1.

EL CERRITO
Like its neighbor to the south, El Cerrito also has a current MSI of 0.8, up 12.5 percent from the previous month but down 53 percent from last July.

PETALUMA
For the first time in two years, the MSI in Petaluma dropped to below 1.0, landing at 0.8 in July. Petaluma experienced a sizable month-over-month decrease in MSI, dropping 43 percent since June.

ROHNERT PARK
Besides Petaluma, Rohnert Park – also with an MSI of 0.8 – is the only other city in our Sonoma County and Sonoma Valley regions where the number is currently less than 1.0. Though the months’ supply of inventory in Rohnert Park hit their two-year lows in April, the MSI still plummeted 58 percent from July 2012.

SAN RAMON
The MSI in San Ramon has been above 1.0 only three months in the past year and is currently at 0.8, a 43 percent year-over-year decrease. Still, levels have climbed 50 percent from their lowest point in April, when the MSI was just 0.4.

WALNUT CREEK
Yet another scorching market in Contra Costa County, Walnut Creek’s July MSI was also at 0.8, identical to May’s number. Besides small spikes in October and December, the MSI in Walnut Creek has hovered between 0.8 and 1.3 for the past year.

BERKELEY
Berkeley homes have been in short supply since the beginning of 2013, and July marks the second times this year that the MSI has dipped below 1.0. Currently at 0.9, Berkeley’s MSI is down 27 percent from July 2012.

CONCORD
The MSI number in Concord is the exact same as it was a year ago: 0.9.  As in neighboring Walnut Creek, the months’ supply of inventory in Concord hasn’t varied much in the past year, ranging from 0.8 to 1.4.

SAN FRANCISCO DISTRICT 5
The months’ supply of inventory has slowly but steadily declined in District 5 since March, and July marks the first time in the past two years that the MSI has fallen to 0.9. District 5, which includes neighborhoods such as Cole Valley, Haight-Ashbury, and Noe Valley, had an MSI of 1.0 in both May and June.