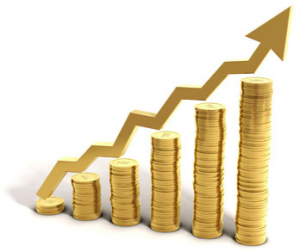 DataQuick said prices rose because of “disappearing distress sales, an improving economy, and mortgage rates that, while up off bottom, remain very low.”

“We’re still bouncing off the bottom,” said DataQuick President John Walsh. “This next part of the cycle should be fairly self-adjusting: As prices go up, more homes will come on the market. Price pressures will ease.”

HOPEFUL SIGN IN INVENTORY LEVELS
The supply of homes for sale in the Bay Area remains far below year-ago levels, but the tide is slowly turning, according to the latest figures from Realtor.com.

The data showed a more pronounced spike in Southern California listings from May to June, with inventories rising by 51.5 percent in Orange County, 45.7 percent in Los Angeles, and 18.1 percent in San Diego.

BANKS MAY EASE LOAN REQUIREMENTS
The recent rise in interest rates may be a blessing in disguise for homebuyers.

A recent Inman News story noted that fewer homeowners are taking out second mortgages as higher interest rates make them less affordable, resulting in falling profits at U.S. banks. To generate more business, “banks may be more likely to extend credit to a larger swath of borrowers.”

According to Zillow senior economist Svenja Gudell,“Because refi activity is down, you have a little more room to do business with people who don’t have an 800 credit score.”

Builder confidence rose six points in July to 57, according to the National Association of Home Builders/Wells Fargo Housing Market Index. Any number above 50 indicates more builders view conditions as good rather than poor, and July marked the index’s third consecutive monthly gain and its strongest reading since January 2006.

“Builders are seeing more motivated buyers coming through their doors as the inventory of existing homes for sale continues to tighten,” said NAHB economist David Crowe in a statement. “Meanwhile, as the infrastructure that supplies home building returns, some previously skyrocketing building material costs have begun to soften.”