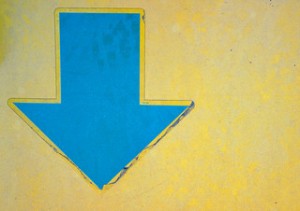 While the Bay Area real estate market continues its upward trend, positive changes are also occurring in our jobs markets.

That’s great news to hear, because strong employment figures (and solid Bay Area incomes) contribute to our improving economy — which is foundational to our strong real estate sector.

In August, the unemployment rate in California climbed to 8.9 percent. This marks the second straight month that state unemployment claims have risen after hitting a 2013 low of 8.5 percent in June. In the nine-county Bay Area, meanwhile, unemployment decreased 0.4 percent from July, when it was 6.8 percent.

Here’s a look at how all our Bay Area counties fared: 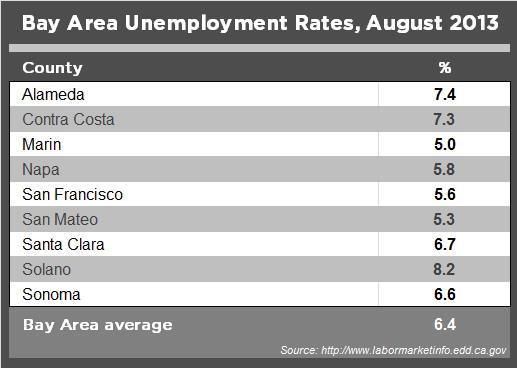 Continuing improvements
While the state’s unemployment rate rose slightly month-over-month, it is still markedly improved from August 2012, when it was still in double digits, at 10.4 percent. The other good news: California continued to add jobs in August, gaining 29,100 positions — slightly more than the 27,800 added in July.

In a promising sign for the Bay Area’s and state’s slim supply of housing, the construction sector showed the most monthly and yearly job growth in August. The construction industry in California added 7,700 new jobs in August, up 1.3 percent from July and 5.0 percent from the previous year.