It’s no secret that the Bay Area is a popular destination for international homebuyers, particularly those from China, but two new reports from the National Association of Realtors add tantalizing details. 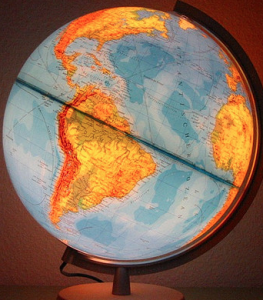 Canadian residents account for the largest share of international U.S. home purchases (19 percent), but buyers from China (No. 2 at 16 percent) hold the lead in dollar volume, purchasing $22 billion in property with an average sales price of $590,826, according to NAR’s 2014 Profile of International Home Buying Activity.

China was also the fastest-growing source of international transactions, accounting for 16 percent of all purchases in the year ended March 31, up 4 percent from the previous year.

San Francisco was the second-most-popular destination for Chinese homebuyers, trailing Los Angeles but ahead of Irvine, Calif.; New York City; and Las Vegas.

In a separate report, NAR said that San Francisco was also a top destination for buyers from France, Russia, New Zealand, and Singapore who conducted property searches on Realtor.com in May.

NAR estimates total international sales at $92.2 billion over the past year, up from $68.2 billion in the previous 12 months. Four states accounted for 55 percent of purchases by international buyers: Florida (23 percent), California (14 percent), Texas (12 percent), and Arizona (6 percent).

Pacific Union has been at the forefront of efforts to smooth transactions for Chinese buyers in the Bay Area. Last year, we launched a groundbreaking China Concierge Program to serve that demographic while also giving our Northern California clients access to a new set of buyers. And in May, Pacific Union rolled out a Mandarin-language website hosted in China in order to offer homebuyers in the country better access to Bay Area property listings.

Last year, Pacific Union CEO Mark A. McLaughlin was one of just 10 U.S. executives invited to a series of meetings at the U.S. Embassy in Beijing, where he met with some of China’s wealthiest individuals to discuss U.S. real estate investment opportunities.