Earlier this year we presented Walk Score data that revealed just how accessible many Bay Area cities and neighborhoods are on foot. 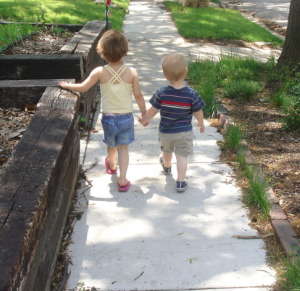 It turns out that walkability is emerging as a major factor in homebuyer preferences as families increasingly turn away from cookie-cutter developments devoid of retail stores and restaurants in favor of mixed-use neighborhoods.

Sixty percent of Americans say they favor suburban neighborhoods with a mix of houses and stores and other businesses that are easy to walk to over neighborhoods that require greater driving among home, work, and recreation, according to a Community Preference Survey just released by the National Association of Realtors.

The least-popular neighborhood is a suburban one with just houses in it, the survey found.

“Although there is no one-size-fits-all approach, smart growth is typically characterized by mixed-use development, higher densities, and pedestrian-friendly streets that accommodate a wide diversity of transportation modes,” said NAR President Gary Thomas, in a statement accompanying the survey results.

The survey was backed up by a study last year by The Brookings Institution that found that the more walkable an area is, the higher the real estate values and rents are there.

The NAR survey was posted online a few days before Walk Score released its latest annual ranking of the most walkable U.S. cities and neighborhoods.

San Francisco remains the second most walkable city the country, according to Walk Score (New York is No. 1),  while Oakland moved up a notch to No. 9. The ranking is based on access to nearby amenities and “pedestrian friendliness.”

San Francisco also ranked No. 2 in the nation among transit-friendly and bike-friendly cities.