Thinking about adding solar panels to your home? Not only will you score substantial savings on your home energy bills, you’ll also make your property much more attractive to buyers if and when you decide to sell. 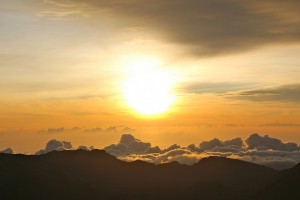 A new study from the nearby Lawrence Berkeley National Lab shows that there is strong demand for solar-powered homes, with buyers consistently willing to pay more for homes with photovoltaic energy systems.

The study, titled “Selling into the Sun: Price Premium Analysis of a Multi-State Dataset of Solar Homes,” found that homebuyers were willing to pay an extra $4 per watt of photovoltaic energy produced by solar systems. That adds up to a premium of about $15,000 for a typical 3.6-kilowatt home solar system.

In California, however, buyers are willing to pay 25 percent above the average premium for homes with solar panels — an extra $18,750 for a typical home system.

The study was coordinated by the Lawrence Berkeley National Lab but conducted by university researchers and real estate appraisers. They analyzed 22,000 home sales nationwide from 2002 to 2013.

Appraisers were part of the team because they are tasked with determining how to properly value solar technology in a home sale. The Appraisal Institute has developed a Residential Green and Energy Efficient Addendum to help standardize related terms for lenders, appraisers, real estate professionals, and homeowners in green-home marketing. The group last year also published a guide, “Residential Green Valuation Tools.”

If you’d like to learn more about solar-power options for your home or a home you’re interested in buying, check out several other articles published on Pacific Union’s blog.

In a June 2014 post, we warned that leased solar panels could turn off some homebuyers in the future. In October 2013, we reported that prices for residential solar-power systems had dropped more than 25 percent over the past two years, and in March of that year we reported that California leads the nation in the number of homes with solar panels installed, thanks in part to a wide assortment of rebates and financial incentives.