Adding solar panels to your roof seems like a fine idea. As the world worries about global warming, solar panels offer renewable power with no carbon footprint. Homeowners can slash — if not outright eliminate — energy bills and may even get the sublime opportunity to sell electricity back to the utility company. 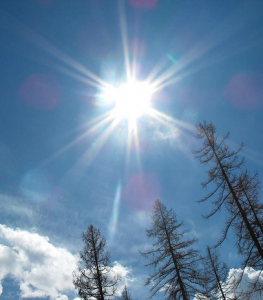 Sure, solar panels are expensive to install, but a host of federal and state taxes helps lower costs considerably, even as increased production drives down the overall price of the equipment. (Last year, we reported on this blog that prices for solar systems dropped more than 25 percent in two years’ time.)

But a recent Bloomberg report adds a note of caution: Homeowners who choose to lease their solar systems, thereby avoiding thousands of dollars in upfront costs, might have trouble selling their houses years down the road.

That’s because the fine print in many such leasing contracts requires new homebuyers to assume the previous owner’s contract. It’s an added complexity that might scare off prospective buyers.

“Homeowners don’t understand what they’re signing when they get into this,” Sandy Adomatis, a home appraiser in Florida, told Bloomberg. “You’ve got another layer to add on top of finding a buyer for the house. It’s not a plus.”

An Arizona man said that the leased solar panels on his roof took 10 percent off the value of his home when he sold it in March. His solar contract had nearly 19 years remaining on it.

On the flip side, solar systems have been found to add value to a home — about $25,000 for California owners, according to a study by the Lawrence Berkeley National Laboratory.

Leased systems, however, are considered personal property and not part of the house. As such, a solar lease could be considered a liability rather than an asset.

The solar industry counters that rooftop panels, whether owned or leased, make a home more attractive to buyers.

“They’re essentially moving into a home with a lower cost of ownership, a lower cost of energy,” Jonathan Bass, a spokesman for San Mateo-based SolarCity, told Bloomberg. “It becomes a selling point instead of a point of misunderstanding.”