A combination of factors is keeping many younger Americans out of the real estate market, pushing the level of first-time homebuyer activity to its lowest level in more than 25 years. 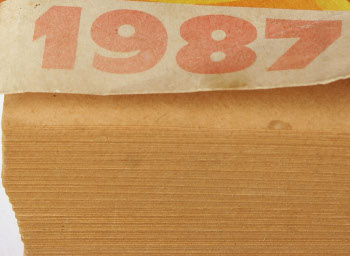 The National Association of Realtors’ annual Profile of Home Buyers and Sellers found that first-time buyers accounted for 33 percent of purchases in its most recent survey, down 5 percent from one year earlier. First-time homebuyer activity hasn’t been this low since 1987, when NAR measured it at 30 percent.

Since NAR began conducting the yearly poll in 1981, the average level of first-time buyer activity is 40 percent.

NAR Chief Economist Lawrence Yun attributed the decline to a number of hurdles that younger homebuyers face, including student debt, flat wage growth, and rising rents. Yun also partially blamed a lack of homes for sale on the market – a particular issue here in the Bay Area – along with a handful of other factors.

“Adding more bumps in the road is that those finally in a position to buy have had to overcome low inventory levels in their price range, competition from investors, tight credit conditions, and high mortgage insurance premiums,” Yun said.

And for the first-time buyers across the country who were able to successfully purchase a home, about one-quarter required financial assistance from friends or family members, survey results found. Nearly all younger buyers — 97 percent — financed the purchase, compared with about two-thirds of buyers age 65 and over.

Across the country, the average first-time buyer paid $169,000 for their home, but here in the Bay Area the barrier to entry is much higher. NAR’s most recent monthly housing summary put the median list price for a home in the San Francisco metro area at $949,000 in September, making it the country’s priciest housing market. The San Jose metro area was the third most expensive in the U.S., with a median list price of $718,000.

Younger Bay Area home shoppers also face competition from all-cash buyers and affluent international investors. First-time buyers here must further contend with some of the highest rents in the U.S., which make it more difficult to save money for a down payment.

So what can first-time Bay Area homebuyers do to give themselves a leg up? Two of Pacific Union’s top real estate professionals in Silicon Valley recently gave SFGate a few tips, including getting prequalified for a loan and maintaining a focused attitude.

They also noted that while many first-time buyers initially find homes online, employing the services of a knowledgeable and dedicated real estate professional plays a critical role in a successful transaction.