Unemployment dropped from February to March across the Golden State and all Bay Area counties, with Contra Costa being the latest to reach full-employment status. 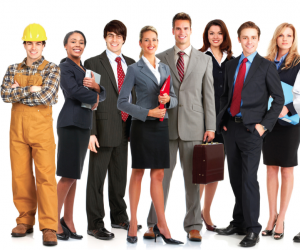 For the second consecutive month, unemployment rates dropped in all parts of the Bay Area, with four of our local counties claiming the healthiest job markets in the state. San Mateo County had California’s lowest unemployment rate in March, at 3.4 percent on a nonseasonally adjusted basis, followed by Marin (3.5 percent), San Francisco (3.6 percent), and Santa Clara counties (4.1 percent).

Elsewhere across the region, jobless claims dropped to 4.6 percent in Napa and Sonoma counties, 4.8 percent in Alameda County, and 6.3 percent in Solano County.

According to the EDD’s metro area reports, the construction sector led March’s job growth in Alameda, Contra Costa, San Francisco, and San Mateo counties, well above its 10-year seasonal average. In Santa Clara and San Benito counties, professional and business services industries came out on top with 3,400 new jobs in March, over half of which were in computer systems design and scientific research.

In spite of the Bay Area’s impressive economic recovery of the past few years, local unemployment rates are still short of their dot-com-era lows. EDD data shows that eight of nine Bay Area counties had employment rates of less than 3 percent at some point in 1999, while jobless claims dipped below 2 percent in Marin and San Mateo counties. In California, the unemployment rate reached a low of 4.7 percent in December 2000.