Unemployment rates dropped from January to February in all nine Bay Area counties, one more sign that demand for local real estate should remain high as the busy spring buying season kicks into gear. 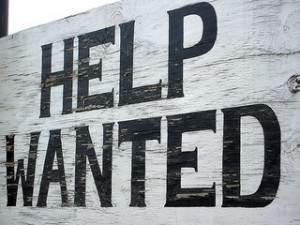 San Mateo County had the lowest unemployment rate in California in February, at 3.5 percent, followed by Marin (3.7 percent) and San Francisco (3.8 percent) counties. Those three western Bay Area counties were the only ones in the state to post unemployment rates below 4 percent. Santa Clara County ranked No. 4 in the state for fewest unemployed residents: 4.3 percent. Jobless claims dipped to 4.9 percent in Sonoma County, 5.0 percent in Alameda and Napa counties, and 5.3 percent in Contra Costa County.

Across California, the unemployment rate dipped to 6.7 percent on a seasonally adjusted basis in February, moving below the 7 percent mark for the first time since May 2008, according to historical data from the EDD. The state’s unemployment rate peaked in December 2009, when it reached 12.3 percent, and it remained in the double-digit range for most of the following three years.

The Bay Area’s high-flying job market is driving the Golden State’s economic recovery. According to a report from the Center for Continuing Study of the California Economy, the state led the nation in job growth last year, adding 498,000 positions for the 12-month period ended January 2015. Stephen Levy, the organization’s director and senior economist, wrote that the California economy should continue to expand over the next two years, thanks to record amounts of venture-capital funding, tech sector growth, exports, and tourism.

The EDD says the construction industry was the fastest growing industry in California, with jobs up 6.5 percent from February 2014. That can only be good news for inventory-starved spots like the Bay Area, where eager homebuyers are moving fast on new units in places like the San Francisco Shipyard, which sold out its initial offering last month.