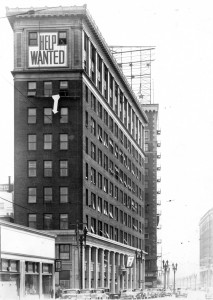 California’s unemployment rate dropped to 8.3 percent in the last month of 2013, down from 8.5 percent in November and 9.8 percent in December 2012, the state Employment Development Department said.

“The San Francisco peninsula job market remains on fire from San Francisco to San Jose,” Levy, of the Center for Continuing Study of the California Economy, said in a statement. “As a result the Bay Area accounted for 82 percent of the state’s December job gains.”

Marin County continued to boast the lowest jobless rate in California, with just 4.2 percent of its residents unemployed, the state reported. Meanwhile, San Mateo and San Francisco counties followed close behind with rates of 4.6 and 4.8 percent, respectively.

While tech-heavy urban counties continue to see the most pronounced employment growth, the recovery has begun to spread “to other areas of the state and to non-tech sectors including construction, tourism, and retail trade,” Levy said.

“Perhaps the largest ‘rising tide’ effect on all Californians is the increase in state and local revenues that is providing additional resources for education and other public services,” he added.

And the bustling job market is boosting demand for Bay Area homes for sale, as new workers move to the region and tech companies mature, creating more millionaires. Indeed, this year we expect the residential housing market in our regions to outpace their already-stellar 2013 performance.