U.S. citizens are currently more optimistic about the country’s economy — and their ability to obtain a mortgage — than at any point in at least the last five years, sentiments that should help propel the housing market as the year progresses. 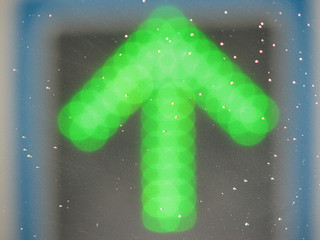 Fannie Mae’s February 2015 National Housing Survey found that 47 percent of respondents believe the economy is moving in the right direction, up 3 percent from the previous month and the highest in the survey’s five-year history. The number of Americans who think the economy is on the wrong track dropped to 45 percent, an all-time survey low.

“Continuing improvements in consumer attitudes in this month’s National Housing Survey lend support to our expectation that 2015 will be a year of the economy dragging housing upward,” Doug Duncan, senior vice president and chief economist at Fannie Mae, said in a statement accompanying the poll results. “The share of consumers who think the economy is on the right track rose to a record high since the inception of the survey nearly five years ago and for the first time exceeded the share who believe it’s on the wrong track.”

And most economists agree that it is only matter of time before mortgage rates begin to head north. Even though rates for 30-year, fixed-rate mortgages dropped to 3.75 percent for the week ending March 5, many observers believe that February’s strong U.S. employment report will spur the Federal Reserve to enact hikes beginning in June, according to Reuters.

As for how much mortgage rates will rise in 2015, projections vary. Both Realtor.com’s Chief Economist Jonathan Smoke and economists at Freddie Mac believe that interest rates could climb to 5 percent by the end of the year. As of Feb. 9, economists at John Burns Real Estate Consulting project mortgage rates to increase to 4 percent in 2015 and gradually rise over the next three years.