When it’s time to pull up stakes and move, the location of the new home is as important as the property itself. And maybe even more important. That’s one of the chief conclusions of a recent survey of 10,000 U.S. households. 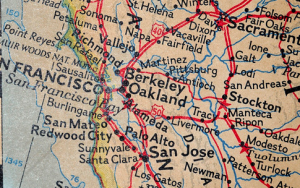 Fully 47 percent of households believe that location is more important than the physical home, according to the survey, while 20 percent disagreed and 33 percent said neither factor plays a role.

Here’s another statistic: 75 percent of households cited location-related reasons for their decision to move. The No. 1 reason for moving: a safer neighborhood (30 percent), followed by being closer to family (27 percent), a change of climate (26 percent), being closer to work (25 percent), and moving for a new job (23 percent).

The survey was conducted by the Demand Institute, a joint effort of The Conference Board and Nielsen. The group said in a statement that it sought to learn what’s important to households “as part of a broader effort to understand where future home and community demand is headed. We learned that location still matters — but in radically different ways to different people.”