As is common in most other major U.S. metropolitan areas, Bay Area highways are susceptible to traffic jams and bottlenecks. But thankfully, both San Francisco and Oakland rank high for walking, biking, and public transportation, a factor that helps increase a city’s livability and desirability and in turn drives real estate demand. 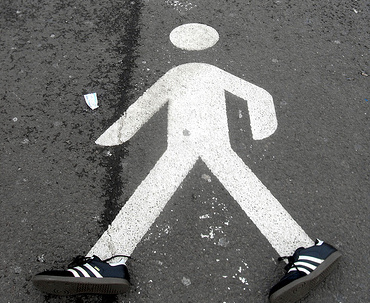 WalkScore, an online service that ranks cities and neighborhoods based on amenities within a quarter-mile distance from homes, rates San Francisco as the third most walkable city in the U.S. of the 141 included in its rankings, with an overall score of 83.9 of a possible 100. According to the company, San Francisco is the highest-rated West Coast city for walkability.

Oakland ranked as the 11th most walkable city in the country, with a score of 68.5, and is the third-highest-rated city on the West Coast, behind Seattle.

The three San Francisco neighborhoods with the highest walkability scores are all located in the city’s densely packed northeastern corner: Chinatown (100), the Financial District (99), and Downtown (99). In Oakland, the three most walkable neighborhoods are found in the central part of the city: Civic Center (98), Chinatown (97), and Downtown (97).

In terms of access to public transportation, San Francisco ranks No. 2 in the U.S., with a score of 80.5., slightly behind New York City. Six San Francisco neighborhoods received perfect Transit Scores as calculated by the company: Chinatown, the Financial District, Downtown, the Tenderloin, Yerba Buena, and South Beach.