HOMEBUILDERS NOT THIS OPTIMISTIC SINCE 2005
Homebuilder confidence rose for the fourth straight month in September, hitting levels not observed since November 2005 — encouraging news for shoppers in inventory-starved regions of the country such as the Bay Area. 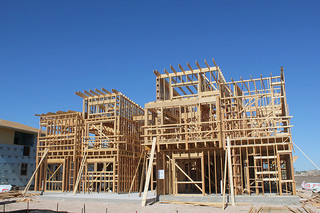 According to a report from the National Association of Homebuilders, builder confidence rose four points from August to September to reach 59 on the company’s housing market index. Builder confidence increased in every region of the U.S., with the index rising to 58 in the West, a two-point gain from the previous month.

The association’s Chief Economist David Crowe said that the country’s stabilizing employment market is helping to drive demand for homes and therefore builder confidence, but he cautioned that a lack of first-time buyers could impact the housing market recovery.

JOBS FUELING SAN FRANCISCO’S MILLENNIAL POPULATION BOOM
Hefty home price tags and rents in San Francisco aren’t deterring millennials from moving to the city in droves to take advantage of its plentiful and high-paying jobs, according to a recent RealtyTrac study.

RealtyTrac found that while millennials moved into higher-priced urban areas in that six-year period, baby boomers did the exact opposite, a trend that the company says should positively affect the housing market recovery.

“The millennial generation is the key to a sustained real estate recovery and boomers who are downsizing are helping open the door for many first time homebuyers while also driving demand for purchases and rentals in the markets where they are moving,” Daren Blomquist, RealtyTrac vice president, said in a statement.

The design trend was one of 14 that the publication says is hot in 2014. Homebuyers are also looking for bigger garages but smaller homes in general, in an effort to lower energy costs.

SAN FRANCISCO RENT PRICES SURPASS NEW YORK CITY
Just how pricey is it to rent an apartment in San Francisco these days? So expensive that the City by the Bay has in fact overtaken the Big Apple as the priciest rental market in the U.S.

According to a blog post from home and apartment rental classified ads website Zumper, the median rent for a one-bedroom unit in San Francisco was $3,100 in August, $105 more than in New York City. Two-bedroom units in San Francisco were also pricier than their New York counterparts, but the price paid per bedroom regardless of unit size was slightly higher in New York.

New York City is also home to the country’s most expensive neighborhoods in which to rent, with monthly one-bedroom prices exceeding $4,000 in four enclaves. Rents are at the $4,000 mark in just one San Francisco neighborhood: Russian Hill.