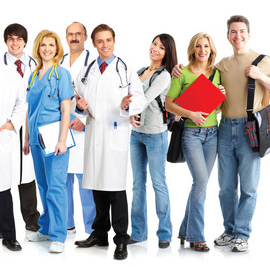 The Bay Area economy was riding high as summer came to a close, with August unemployment rates down from the previous month in all nine of our local counties, according to the latest figures from the California Economic Development Department. And that can only be promising news for our local real estate markets as the busy fall season gets going.

As in July, every Bay Area county posted a lower unemployment rate that the California average of 7.4 percent on a nonseasonally adjusted basis, which was unchanged from the preceding month. Bay Area counties were the only ones in the state to boast unemployment rates of less than 5 percent, which many economists believe indicates that a market has reached full employment.

Marin County continued to have the state’s lowest percentage of unemployed workers, at 4.2 percent, followed by San Mateo (4.3 percent), San Francisco (4.7 percent), and Napa (4.8 percent) counties. In the other five Bay Area counties, unemployment ranged from 5.4 percent in Sonoma County to 6.8 percent in Solano County.

The EDD’s recent Labor Day briefing says that California has regained all of the 1.33 million jobs it lost during the Great Recession in June of this year. July marked the 53rd consecutive month of statewide employment growth, and California now has about 43,000 more nonagricultural jobs than it did at its prerecession peak in July 2007.

According to the briefing, the Bay Area has played an instrumental role in the state’s employment growth.

“Buoyed by its high technology and information industries, the San Francisco Bay Area Region has led California’s economic expansion,” the agency wrote in its report.

Between July 2010 and July 2014, Bay Area nonfarm jobs expanded by 13 percent, what the EDD calls “far and away the largest four-year job gain of any of California’s economic regions.” The Bay Area was the only major region to best the state’s four-year job growth, which clocked in at 8.9 percent.

Despite the Bay Area’s plentiful technology jobs, the EDD’s 10-year regional job-growth forecast projects that the largest local employment gains between 2010 and 2020 will occur in the hospitality and tourism sector, with nearly 186,000 total positions. The information and communications technology industry is expected to open about 160,000 jobs in that same time frame, while the retail sector will provide a total of nearly 137,000 positions.