The Bay Area’s high-flying economy showed little sign of cooling as the first quarter of 2015 wound down, with both jobs and wages projected to grow across the region. Local initial public offering (IPO) activity, on the other hand, has gotten off to a relatively slow start after a busy 2014. 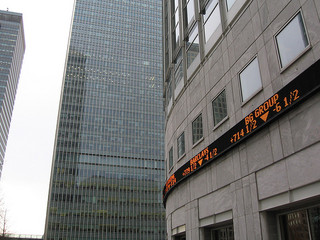 According to data from John Burns Real Estate Consulting (JBREC), there were 35 Bay Area-based IPOs in 2014, which generated about $5 billion in raised proceeds. Last year’s notable offerings included San Francisco-based Lending Club, which as of February had raised $870 million since its December debut on the New York Stock Exchange. San Mateo’s GoPro, makers of the mountable video camera, also had a healthy IPO: $427 million in proceeds.

Brenon Daly, 451 Research‘s research director based in San Francisco, finds the somewhat sluggish pace – at least in the tech sector– a bit of a surprise given last year’s activity. “I would characterize it as unexpectedly and disappointingly slow,” he says.

So what’s behind the drop-off in activity at a time when many well-known local tech companies — including Uber Technologies, Airbnb, Dropbox, and Pinterest – appear to be likely IPO candidates? Daly cites two likely culprits.

As in real estate, IPO activity follows seasonal patterns, with the early months of the year typically a quiet period. A business not only wants a solid year of earnings behind it before going public but also an exceptional first quarter.

More importantly, perhaps, is the large amounts of money venture capital firms are currently willing to funnel into local companies. According to JBREC, Bay Area-based companies took in a total of $23.4 billion in funding last year – the most since 2000. Investor interest in tech darlings does not appear to be waning; in February, San Francisco-based Uber raised an addition $1 billion in funding, bringing the company’s total to about $5 billion since its foundation in 2009, according to The New York Times.

Given that an IPO can be a long, complicated affair due to laws such as the Sarbanes-Oxley Act, Daly thinks that many companies are staying private for as long as possible since late-stage, private capital is readily available.

“There’s no real reason to go through the hassles of an IPO when there is someone ready and willing to cut you a huge check that day,” he says.

Even if 2015 doesn’t turn out to be a banner year for Bay Area IPOs, steady wage and job growth should keep demand for real estate running strong. According to JBREC, about two-thirds of the 127 public companies based in the Bay Area were up on a year-over-year basis in March, a sign that local companies should continue to hire.

“Job growth is the No. 1 driver of home demand,” says Pete Reeb, one of JBREC’s principals.

Employment levels are either at or above peak levels across most of the Bay Area, JBREC says, most notably in Napa County, where both payroll and labor force totals were 104 percent of their 2008 highs. Bucking this trend was Santa Clara County, where the employment rate was 96 to 97 percent of its dot-com era peak.

Bay Area wages should see even bigger spikes in 2015, which will help local homebuyers unlock more purchasing power. JBREC projects that median incomes will grow from 3.8 to 4.5 percent across the region in 2015 – compared with 0.3 to 1.9 percent last year.