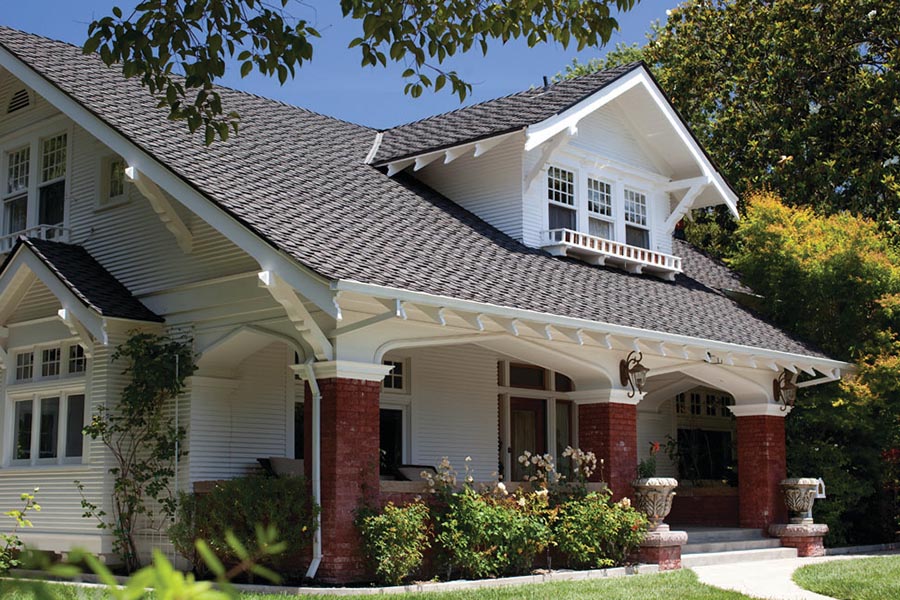 A look at Bay Area housing market activity in May shows the continuation of many trends discussed over the previous months, with the most notable development the strong median home price increase. At $860,000, the Bay Area’s median home price was 7 percent higher than last May and up 8 percent year to date. The largest jump in home prices from last May occurred in San Mateo and Marin counties, where they increased by 13 percent. Contra Costa County showed a 10 percent increase, while the median price in Napa County remained relatively flat. Keep in mind that the median price is affected by the mix of sales, and the number of lower-priced homes has been declining for the last few years. However, while more sales of higher-end homes helped push the median price upward, other home price measures also showed continued steady appreciation. Figure 1 illustrates median home prices by Bay Area county in May of 2016 and 2017.

May’s jump marks a new high for median prices in many Bay Area markets and particularly in San Francisco, where there has been some concern over declining home prices. Click here to read our most recent analysis of San Francisco home prices.

Figure 1: Median prices for single-family homes and condos by Bay Area county, May 2016 compared with May 2017

Overall Bay Area housing market activity is trending very similar to last year, with a few outliers. Sonoma County activity declined by 5 percent year to date, while sales in Napa and San Francisco counties increased by 4 percent. When compared year over year, May declines were largest in Sonoma and Contra Costa counties. This is interesting given the relative affordability of the two regions and the general assumption that buyers are fleeing to such areas. While affordability remains the main factor in relative home price appreciation, the luxury market has shown incredible resiliency. Sales of higher-end homes, priced at $2 million and up, saw the largest sales increase year to date, with 17 percent more transactions than last year.

However, while the number of units sold is constrained by available inventory, which again dipped in May, other housing-market indicators suggest solid interest from buyers. For example, in primary home markets in Sonoma and Napa counties and parts of Marin County, homes flew off the shelf, lasting on the market less than two weeks before going into contract (Table 1).

That’s also the case in San Francisco, Silicon Valley, and the East Bay. Both Santa Clara and Contra Costa counties showed a median time of 10 days on the market in May. The market’s pace did not change much from last year, and it sped up in San Francisco, where homes sold five days faster than they did last year, the largest such pickup in the Bay Area. And it’s not only the affordable segment of San Francisco’s housing stock that saw the pace of sales increase; homes priced at $3 million and higher sold 10 days faster this May than last, in about 16 days. It is the lowest-priced homes, those less than $1 million, that are sitting the longest on the market in San Francisco, which may be the function of overpriced listings and buyers and sellers not being on the same page.

Table 1: Median days on the market in May by price range

The housing market’s quick pace also reflects the return of bidding wars. After a notable slowdown last winter in the share of homes that sold over the asking price, about seven in 10 homes in San Francisco, Silicon Valley, and the Easy Bay again sold for more than original price in May. And again, while the general competition in the Bay Area loosened somewhat for homes priced below $1 million, it intensified for higher-priced homes.

Homes priced between $1 million and $2 million saw the highest share sell over asking price, 72 percent for the entire Bay Area. In San Francisco and Silicon Valley, more homes sold over the asking price in that range than in any other price range. The trend is not surprising given that the median price is also between $1 million and $2 million, and most buyers are competing for the few properties left at that price point. Note that the for-sale inventory in those two areas has shown the largest year-over-year decline for that price range. In other words, bidding wars reflect strong demand for declining inventory of “affordable” homes in those markets.

Figure 2: The share of homes that sold over asking price in May.

Again, despite concerns over softening housing demand in San Francisco, the area still enjoys the highest premium on homes selling for more than asking price. The premium is highest for sales between $1 million and $2 million. Figure 4 summarizes the premium paid by price range and across Bay Area counties.

Alameda County numbers stand out, with the highest premiums for homes priced between $2 million and $3 million. However, a smaller share of homes in that price range sold over the asking price, and there are fewer homes in that price category, hence the overall premium in Alameda averaged 10 percent. What is striking from data shown in Figure 3 is that homebuyers are still willing to pay an average of 9 percent more than the asking price for seven of 10 homes. That suggests a very competitive market, unexpected this spring given extraordinary high home prices and softening appreciation in the second half of last year.

To see how home prices have changed across neighborhoods, we analyzed year-to-date (January through April) home prices at the ZIP code level and compared them with the same period last year. Figure 4 shows changes in median home prices by ZIP code (excluding those with less than 10 sales year to date in 2017). Click here to see median sales price changes in individual Bay Area ZIP codes.

Figure 3: Premium paid for homes that sold over asking price in May

Lastly, it is important to keep in mind that not all neighborhoods and price ranges are equally benefiting from renewed buyer optimism. Buyer optimism could reflect falling mortgage rates, which were again at a 2017 low for the week ended June 8, and the sentiment that now is the last opportunity to enter the market at such low rates. The Federal Reserve meets again this week, and the prevailing expectation is for another increase in interest rates. Regardless of the meeting’s outcome, it appears that other macroeconomic and political factors have helped keep rates low and may continue to do so for the rest of the year.