In a recent internal poll, Pacific Union real estate professionals said that summer sales activity across much of the Bay Area was slower than in years past, a result of both intense demand and constrained inventory. 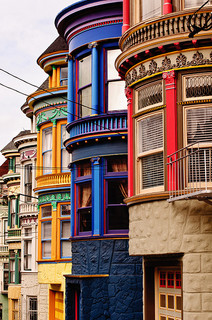 More than 60 percent of our Marin County real estate professionals who responded to the survey said that business was slower from June to August than it was in the past two to three years. About half of  the professionals we polled in Silicon Valley and San Francisco reported the same lag, along with 40 percent of those in Contra Costa County.

An examination of MLS data as of Sept. 2 shows a decline in the number of single-family homes sold between June and August compared with the same time period last year in every one of Pacific Union’s Bay Area regions.

The number of homes sold dropped by more than 20 percent, year over year, in both San Francisco and Sonoma Valley. Sales declines in our other regions ranged from nearly 13 percent in the Mid-Peninsula and Napa County to just 1.5 percent in the East Bay.

Most of our regions also saw significantly fewer single-family home listings than recorded last summer. Homes in our Silicon Valley region continued to be in short supply, with listings plummeting about 26 percent since the summer of 2013. Marin County, San Francisco, and the Mid-Peninsula saw home listings decline nearly 20 percent from the previous summer.

Pacific Union President Patrick Barber attributed the slowdown to a lack of available homes on the market, noting that some homebuyers are sitting out the action as they wait for the supply-and-demand ratio to stabilize. And as is typical in any summer, many shoppers are simply on vacation and won’t return to house hunting until school starts again.

Barber also said that many of Pacific Union’s real estate professionals expect more properties to hit the market this fall, which should provide some relief for disappointed would-be buyers who have been sidelined due to inventory conditions.