Eating healthy and exercising regularly are known to reduce the risk of a heart attack — we all know this. But here’s a heart-smart tip you probably never heard of before: People who know and trust their neighbors are less likely to suffer heart attacks. 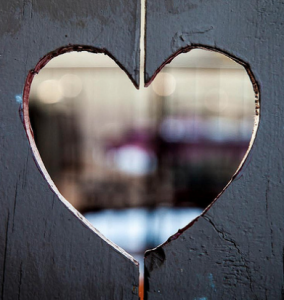 It’s true. A first-of-its-kind study, published last month in the Journal of Epidemiology and Community Health, found that the more social connections you have in your neighborhood, the less likely you are to have a heart attack.

The study, conducted by psychologists at University of Michigan, assessed the social connectedness of more than 5,000 adults in urban, suburban, and rural areas over a four-year period.

The participants were asked to rate their neighbors’ trustworthiness, reliability and friendliness, which is collectively known as neighborhood cohesion, using a seven-point scale. During the span of the study period, 148 of the participants had heart attacks, but those who gave the highest ratings for neighborhood cohesion were found to be less likely to have a heart attack.

“Each unit of increase in neighborhood social cohesion was associated with a 17 percent reduced risk of heart attacks,” the study’s lead author, Eric Kim, told a writer for The Atlantic magazine. “If you compare the people who had the most versus the least neighborhood social cohesion, they had a 67 percent reduced risk of heart attack.”

Past studies have focused on how negative factors in a neighborhood — such as density of fast-food outlets, violence, noise, and poor air quality — can impact health. For example, University of Pennsylvania researchers found that abandoned buildings in an area could lead to isolation and hamper social relationships and feelings of mutual trust, which also could lead to poor physical health of nearby residents.