Among all the reasons why housing markets are still struggling to recover ground lost during the recent recession — limited inventory, rising interest rates, a weak U.S. economy, and so on — one factor has gone largely unnoticed: student loan debt. 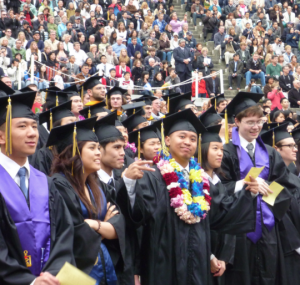 In fact, 414,000 U.S. home sales — or 8 percent of all sales — won’t happen this year because buyers are strapped with too much student loan debt, according to a new report from the respected John Burns Real Estate Consulting.

And the debt load is increasing.

Burns Consulting estimates that nearly 6 million households under the age of 40 pay $250 or more per month in student loans, nearly triple the number of households with student loans in 2005. And every $250 in monthly loan payments reduces purchasing power by $44,000.

“We’re only looking at people ages 20 to 40,” Palacios told the Times. “We know there’s a big chunk of households over age 40 who have student debt, too.”

The Federal Reserve Bank of New York reported recently that young people today with student debt are less likely to hold a mortgage than people who never attended college — a reversal of long-held trends that link higher education with higher earnings and homeownership rates.

The National Association of Realtors has pointed to student debt as a key factor in the lower-than-normal rates of first-time homebuyers. The group reported earlier this year that first-time homebuyers accounted for only 26 percent of home purchases, down from 30 percent last year.