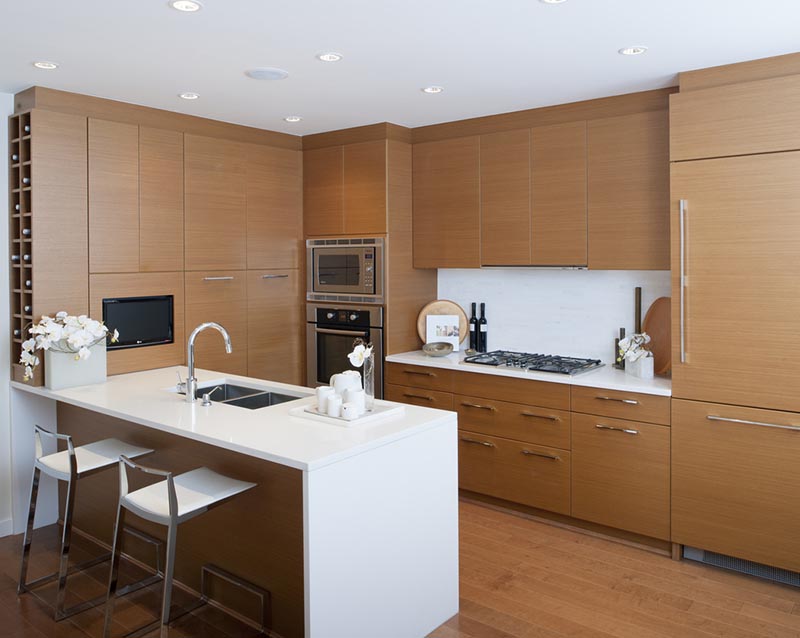 If your New Year’s resolution is to live a healthier lifestyle, remodeling your kitchen could be one step toward achieving that goal.

That’s one key takeaway from Houzz’s 2017 Kitchen Trends Study, which surveyed homeowners who were in some stage of renovating their kitchens last year or this year. One-third of respondents reported that they were leading healthier lifestyles after remodeling their kitchens, while the other 67 percent said they were equally as healthy as before.

Homeowners with redone kitchens tend to cook more meals at home, order less takeout food, and eat more fruits and vegetables. Three-quarters of those surveyed cook at home more than five nights per week in their renovated kitchen, while half said it gives them the benefit of more time with family.

Continuing a trend that emerged in last year’s survey, half of all homeowners who remodeled their kitchens opened them up to other rooms or outdoor spaces. Thirty-six percent made their kitchens larger than they were before, with nine out of 10 replacing countertops, backsplashes, sinks, and faucets.

Contemporary-style kitchens are gaining popularity and have replaced transitional as the most common design motif. White is the most popular color for countertops and backsplashes — particularly for millennials. That generation is more than twice as likely to choose white walls and backsplashes and gray walls and floors as baby boomers are.

Eighty-three percent of remodelers replaced at least one kitchen appliance, with about three-quarters of them upgrading dishwashers, refrigerators, and microwaves. Stainless steel was the most popular appliance finish, chosen by 72 percent of respondents. Fifty-two percent of renovated kitchens use gas appliances, up 5 percent from the previous year’s survey.

An overwhelming majority — 88 percent — of kitchen remodelers hired a professional to do the job, with $25,000 to $50,000 the most common cost range for completed renovations. About one in 10 homeowners spared no expense on their new kitchens and spent in excess of $100,000 — most likely older homeowners, as Houzz notes that millennials are more driven by keeping remodeling costs under control.