With the Bay Area economy now solidly back on track, homeowners’ thoughts increasingly turn to remodeling. 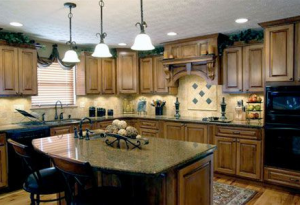 Whether it’s long-time homeowners looking to update their surroundings or new buyers wanting to make changes to suit their own tastes, remodeling projects are increasingly popular today.

A recent survey found that homeowners are willing to spend 30 percent of the value of their home when they remodel, and they’re not skimping on the work: They are selecting materials that are more expensive than in years past, with upscale remodeling jobs now costing an average of $102,000.

“The wealth effect is taking hold; consumers are spending again, which bodes well for the entire home improvement industry,” said Dan Fritschen, co-founder of Planese Inc., which offers advice on home-improvement projects and sponsored the survey.

“More people are feeling secure enough during this economic environment that they are remodeling,” said Fritschen, in a statement accompanying the survey results. “It’s no longer the most affluent. We are at the beginning of a multi-year trend.”

And the remodeling projects are getting bigger, too. Homeowners plan to remodel an average of four rooms, with the kitchen their No. 1 choice. Kitchen remodels tend to be more expensive than other rooms, and it’s considered a discretionary expense — unlike a bathroom, which is often viewed as a necessity.

Are you one of those homeowners planning a remodeling project? Take a look at some pointers offered by the National Association of Realtors, in its Realtor magazine.

A recent article included 12 tips for hiring a remodeling contractor, and the latest edition of the NAR’s annual Cost Vs. Value Report advises that sellers can get the most bang for their home-improvement bucks by focusing work on the exterior. Curb appeal counts, because first impressions last longest.