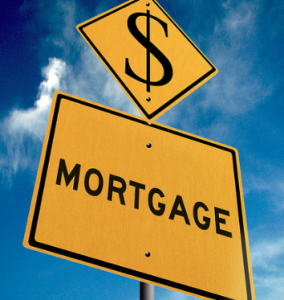 Mortgage rates remain close to their yearly lows as 2014 ends, news that could help spur some hesitant homebuyers to make a New Year’s resolution to get in the game – especially with increases expected in 2015.

A Freddie Mac news release says that 30-year, fixed-rate mortgages averaged 3.83 percent for the week ending Dec. 24, up slightly from the previous week, when they sank to a yearly low of 3.80 percent. One year ago, mortgage rates averaged 4.48 percent, the company says.

But the low rates might not stick around too much longer, if 2015 predictions come to pass. Both Freddie Mac and Realtor.com Chief Economist Jonathan Smoke recently projected mortgage rates to climb to 5 percent by the end of next year, with Smoke guessing that increases will begin in the spring.

DISTRESSED-SALES RATES IN SINGLE DIGITS ACROSS BAY AREA
The Bay Area continues to enjoy the lowest rate of distressed sales in the state, with almost all local counties reporting single-digit levels in November.

According to the California Association of Realtors’ latest pending and distressed home sales report, eight of nine Bay Area counties recorded fewer distressed sales than the statewide average of 10 percent last month. The report, which doesn’t contain data for San Francisco County, said that the number of distressed sales ranged from 1 percent in San Mateo County – the lowest in California – to 9 percent in Solano County.

CAR also reported that pending home sales declined on both a monthly and annual basis in November, which the organization attributed to expected seasonal factors and diminishing affordability.

HEATED ROOF DECKS A HIT WITH SAN FRANCISCO HOMEBUYERS
Heated outdoor spaces are becoming increasingly popular both nationally and locally, The Wall Street Journal reports, allowing homeowners to entertain guests or lounge outside – even when the mercury drops.

Citing a survey of professional landscape architects, the article says that 95 percent of respondents rated a fire pit as a more desirable amenity than a grill. Other homeowners in chilly locales are installing infrared heaters or custom-built systems designed to accommodate year-round outdoor living.

As a local example of this trend, the article points to the Amero, a new condominium building in San Francisco’s Cow Hollow neighborhood that provides residents access to a 4,500-square-foot roof deck equipped with a 12-foot-long fire pit. Amero resident Jaime Cruz said that the roof deck factored into her decision to purchase her $1.35 million, two-bedroom unit.

“The roof deck was the really, really nice cherry on top of the sundae,” Cruz told the Journal.