U.S. HOMEBUYING COMPETITION AT LOWEST LEVELS SINCE 2011
Bidding wars across the U.S. reached their lowest levels in two years in November, according to a recent study by Redfin. 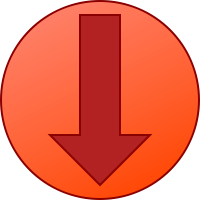 Last month, 51.7 percent of home sales in the U.S. involved multiple bids, down 3.1 percent from October and 11.9 percent from November 2012. Competition for homes has been declining since March, when 75.3 percent of transactions involved bidding wars.

Here in the Bay Area, however, bidding wars were still far more prevalent than they are in other parts of the country. The San Jose metropolitan area had the highest percentage of multiple bids of markets included in the study — 77.4 percent. San Francisco was No. 3 on that list, with 74.2 percent of homes sold involving bidding wars

BAY AREA HOME PRICES RISE IN NOVEMBER, BUCKING STATEWIDE TREND
The median sales price for a single-family home in the Golden State dipped slightly from October to November, while prices in the Bay Area continued to rise, according to the California Association of Realtors.

California home prices decreased 1.2 percent in November from the previous month but are still up a healthy 22.2 from a year ago. In the nine-county Bay Area, the median sales price posted a 3.1 percent month-over-month gain in November and a year-over-year increase of 19.1 percent.

ALL-CASH SALES DOUBLE SINCE APRIL
The amount of all-cash homes sales across the U.S. has been steadily increasing since the spring and is now double what it was in April.

In November, all-cash deals accounted for 42 percent of home sales in the nation, according to data collected by RealtyTrac. The amount of all-cash sales is now double what it was in April and is the highest since the company began following that statistic almost three years ago.

Darren Blomquist, RealtyTrac vice president, said in a statement that the increase in all-cash sales has been driven largely by rising prices and interest rates, which in turn has shrank the number of buyers using a loan to fund their purchase.

CALIFORNIA PENDING HOME SALES DOWN IN NOVEMBER
Pending home sales across the state dropped 13.6 percent in November according to the California Association of Realtors (C.A.R.), the first double-digit decline in almost a year.

The C.A.R.’s Pending Home Sales Index (PHSI) fell to 93.8 in November, down from 108.6 in the preceding month. The PHSI has dropped 9.4 percent from a year ago, when it was at 103.5. The C.A.R. cited seasonal slowdowns and rising prices as potential causes for the decline.

The C.A.R. found that distressed sales across the state also shrank from October to November and currently make up 13.6 percent of all transactions. Santa Clara County had the lowest amount of distressed sales in California, at 4 percent.