SAN JOSE, SAN FRANCISCO HOUSING MARKETS FASTEST IN U.S.
More listings in the San Jose and San Francisco metropolitan areas were under contract within two weeks than anywhere else in the U.S. in October, according to data collected by Redfin. 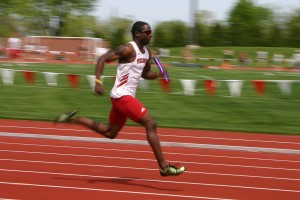 Homes in San Francisco and San Jose also led the country in terms of shortest amount of time on market. Properties in both regions left the market in an average of 14 days in October, less than half the national study average of 31 days.

SAN FRANCISCO ANNUAL HOME-PRICE GAINS STILL NO 2. IN NATION
As was the case in July and August, the San Francisco metropolitan area posted the second-largest year-over-year home-price gains in the country in September, according to the latest S&P/Case-Shiller report.

San Francisco home prices jumped 25.7 percent from September 2012, second to only those in the Las Vegas area. The report, which includes data from 20 metropolitan areas, notes that San Francisco homes showed the highest annual return in more than 12 years.

Across the country, home prices showed a year-over-year increase of 11.2 percent, the highest gains since February 2006.

CALIFORNIA LEADS NATION IN UNDERWATER-HOME RECOVERY RATE
The number of underwater mortgages in the country fell at its fastest rate in history in the third quarter, with the Golden State leading the charge.

Additionally, the San Jose Mercury News reports that the number of underwater homes in the Bay Are fell at its fastest rate in two years during the third quarter.

Twenty-five percent appreciation in the Bay Area housing market over the past year – three to four times the national average – is the key factor driving the trend, according to Zillow Chief Economist Stan Humphries.

PENDING HOME SALES DECLINE AGAIN, REACH 10-MONTH LOW
Pending home sales across the U.S. dropped for the fifth consecutive month to reach a 10-month low, according to figures from the National Association of Realtors.

In October the Pending Home Sales Index inched down to 102.1, a month-over-month decrease of 0.6 percent. The PHSI is now at its lowest level since last December, when it was 101.3.

U.S. pending home sales in October saw the largest decrease in Western states, a month-over-month loss of 4.1 percent and a yearly drop of 12.1 percent.