SAN JOSE, SAN FRANCISCO NUMERO UNO FOR HOME SELLERS THIS SPRING
This spring is shaping up to be best for sellers in the West, particularly in parts of the Bay Area, according to a recent report from Zillow. 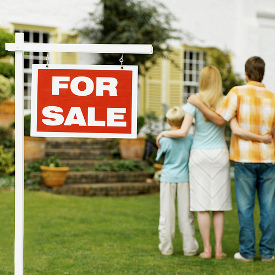 Zillow’s report ranks the San Jose metropolitan area as the No. 1 market for home sellers in the country, followed by San Francisco. The company bases its rankings on shortest time on market, highest sales-price-to-list-price ratio, and lowest frequency of price reductions.

The Bay Area’s healthy job growth, which leads the state, is a key factor driving the trajectory of our region’s housing market.

According to the association’s data, the number of homes for sale in the Oakland metropolitan region in February spiked 42 percent year over year, the seventh largest gain in the nation. There were 2,715 homes for sale in Oakland in February, a jump of almost 19 percent from the previous month.

While the San Francisco and San Jose regions showed year-over-year declines in the number of homes for sale, both saw a rebound from January, with inventory increasing by double-digit percentage points.

NEW HOUSING DEVELOPMENTS PLANNED IN WALNUT CREEK, OAKLAND
In addition to the aforementioned NAR report, there’s more good news that could eventually help ease the inventory shortage in the East Bay: a pair of housing developments in Walnut Creek and Oakland.

The Contra Costa Times reports that Hall Equities Group has proposed a four-story, 24-unit luxury condominium development in downtown Walnut Creek on the site of a current strip mall. The units would range from one to three bedrooms up to 2,500 square feet in size, and the developer claims they would be the “very nicest” and “most expensive” on the Interstate 680 corridor.

Over the hills on the banks of the Oakland Estuary, Signature Development Group and Zarsion Holdings Group are breaking ground on what the Oakland Tribune has dubbed a “mega-development.” The $1.5 billion project is slated to yield 3,100 new homes, as well as shops, outdoor space, and a marina.

NEW HOME CONSTRUCTION STALLS ACROSS THE U.S.
Home construction declined slightly in February but far less than in the previous month, according to an article in The Wall Street Journal.

Citing statistics from the U.S. Commerce Department, the publication reports that housing starts fell 0.2 percent in February, compared with 11.2 percent in January. The article blames frigid temperatures in other parts of the country from hindering both builders and prospective buyers.

Building permits were up 7.7 percent from January to February, an optimistic sign that activity could reinvigorate this spring, the Journal said.