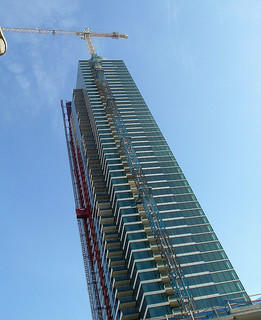 Inventory across the Bay Area remained low in July, so it comes as welcome news that home construction activity in our region’s two largest cities is on the rise.

According to a recent Trulia blog post, the company’s Chief Economist Jed Kolko estimates that 2014 home construction activity in San Jose will be 69 percent higher than its historical average, the third largest expected gains in the U.S. The company predicts that home construction in San Francisco will be 36 percent above average, No. 9 in the country.

But there’s a caveat, Kolko notes.

“Of course, the normal level of construction in many of these markets – particularly Boston, New York, Los Angeles, and San Francisco – is low relative to most other metros across the country.”

NAR’s July housing data, presented in a sortable list, shows that Northern California is home to four of the top five markets with the biggest annual declines in homes for sale. The Stockton-Lodi metro area tops the list, with a 40.2 percent drop in properties on the market since last July, followed by the Sacramento, (-25.9 percent) and San Jose (-18.6 percent) regions.

San Francisco also ranks in the top five, with 16.5 percent fewer homes for sale, year over year. NAR’s data shows that San Francisco had the highest median list price in the country, at more than $888,000.

SAN FRANCISCANS SPEND 75 PERCENT OF INCOME TO OWN HOME
San Francisco buyers shell out three-quarters of their incomes in order to purchase a home, making it one of the least-affordable counties in the U.S.

According to an Aug. 14 RealtyTrac article, San Francisco homebuyers need to fork over 75 percent of their median incomes to afford to purchase a home, a bit less than two New York counties.

Across the U.S., the average buyer needed to spend just 19 percent of their income to afford a home, RealtyTrac said.

“More tech people are coming over … they know what they’re looking for,” a Santa Cruz real estate professional told the publication.