The median sales price tied or exceeded its 12-month high in Marin, Napa, and Sonoma counties in the third quarter, and single-family homes in the Tahoe/Truckee region also reached yearly plateaus.

Almost all of our markets saw inventory increase in September, though the number of available condos in the Tahoe/Truckee region has been gradually decreasing for the past four months.

Pacific Union’s third quarter report packs in data and regional summaries that show why we’re optimistic that the Bay Area’s thriving real estate market will continue to be a solid investment in the coming months and into 2014.

Our Q3 report also boasts a massive chart that tracks 10 years of home sales throughout the Bay Area and Tahoe/Truckee — 67 cities, towns, and neighborhoods in eight regions. A smaller version of that chart, showing regional totals, appears below. Click anywhere on the chart to see the full data set.

Below are some specifics on what’s happening in our regional real estate markets. For further information, including detailed charts, please view our complete Q3 Quarterly Real Estate Report.

July was exceptionally busy in our Contra Costa County region, contributing to a strong third quarter. Sales slowed a bit in August, following seasonal patterns, then picked up again in September. We also saw inventory expand by September, offering welcome relief for buyers. Multiple offers remained the rule, but bidding wars weren’t quite as frenzied as they were in past quarters. 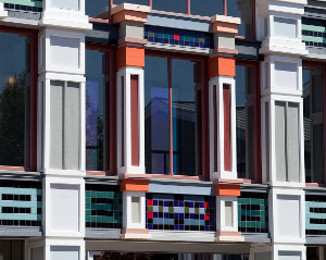 Most homes sold above their asking prices, with those priced under $1 million selling quickly. The market for homes priced at $2.5 million and higher, however, was noticeably slower. Available houses between those two price points were in short supply, and they needed to be priced just right to attract buyers. Even in a market with a short supply of homes, those that are not cleaned up and priced correctly will not sell quickly. Buyers need to feel they are getting a good deal, and they will delay placing an offer if they feel the price will eventually come down.

Looking Forward: We expect moderate price growth and steady sales in the early part of the fourth quarter, with a typical slowdown as the holiday season approaches. Rising interest rates could put a damper on sales – or cause a rush as buyers move to lock in lower rates.

After attracting national attention earlier this year because of its drought of available homes, our East Bay region saw welcome relief in July, with a modest uptick in new listings. After a slow August – typical for the last days of summer – we saw inventory rise again in early September. Inventory is the driving factor in East Bay real estate, and the increase in homes for sale, though still below levels seen in previous years, made for an unexpectedly active summer. 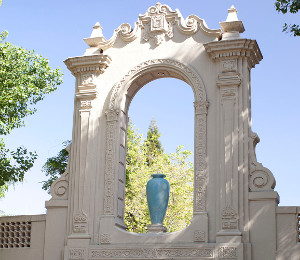 Fully 80 percent of sales involved multiple offers, with an average of three to four offers per home, and most homes sold at more than 10 percent above their asking prices. Home prices continued to rise, and midrange-priced properties saw strong sales, while the higher end of the market – $1.5 million and above – was slower.

Looking Forward: Allowing for the typical slowdown that comes with the year-end holiday season, we remain hopeful that listings will continue to expand in the fourth quarter and into 2014, helping to keep the velocity of sales at a high pace. Home prices will continue to increase, though perhaps not as fiercely as in recent quarters. Rising interest rates may keep some buyers on the sidelines, but they also may compel others to move quickly.

July was a very busy month in our Marin County region, followed by a seasonal lag in August and early September. The number of homes for sale remains constrained, keeping prices high and buyers scrambling, although we saw a slight uptick in the number of available properties in September. 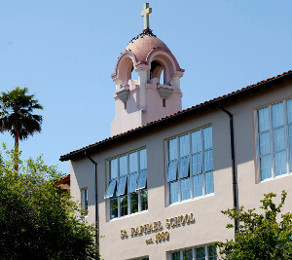 Homes priced $800,000 to $1 million saw aggressive bidding, and those priced above $1.6 million also saw robust sales, but the overall market calmed down somewhat after several quarters of increasingly overheated activity. The furious bidding that we saw in June had settled by September. Still, homes that are priced correctly and in popular neighborhoods – the Mill Valley market remains strong, for example – sold quickly.

Investors remained eager to buy lower-priced properties, although that market tightened considerably in the third quarter. This is due in part to fewer foreclosures and short sales entering the market after months of rising home prices helped many underwater owners regain equity.

Looking Forward: We expect to see very strong sales in October and into early November – particularly if the inventory of available homes continues to expand – before activity slows as the holiday season approaches. Rising interest rates remain a wild card, constraining sales or perhaps prompting buyers to move fast.

The cyclic nature of sales activity was once again in evidence in Napa County as sales slowed in July and August as buyers took vacations and readied children for the new school year. However, activity began to pick up again in September. The median home price, meanwhile, continued to climb above $500,000 throughout most of the third quarter, posting a year-over-year gain of more than 20 percent. 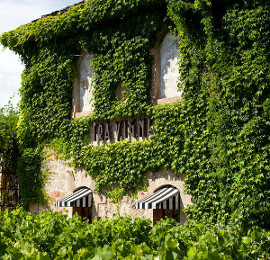 Market conditions shifted in favor of buyers for the first time in many months as demand leveled off. In particular, homes priced from $600,000 to $700,000 remained on the market longer than in the second quarter, and the number of multiple offers eased. While it was common for sellers to receive 10 to 15 offers earlier in the year, by September this pattern had leveled off, with many sellers entertaining only a handful of bids.

The number of homes for sale grew solidly from July to August, but by September the supply began to shrink again. A year ago, homes lasted on the market for about 90 days, but by the third quarter that time had decreased by a month.

Looking Forward: Now that buyers are focusing on home purchases again after the summer recess, we are optimistic that sales activity will continue its upward trajectory for the remainder of the year.

A strong economy, rising employment, and the specter of higher interest rates combined to keep buyers bidding aggressively for single-family homes and condominiums in San Francisco throughout the third quarter. The supply of available homes on the market remained constrained, helping to push prices higher. 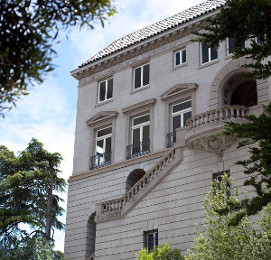 Sellers remained in the driver’s seat, and homes sold quickly at all price points. Three homes that came on the market one day in mid-September, for example, were in contract within 24 hours. The overall sales cycle, typically 30 to 60 days, has been cut in half.

Buyers need to have their financing preapproved and their paperwork ready to go in order to remain competitive in such a red-hot market. Persistence and a well-calculated offer are also keys.

Looking Forward: Short of unforeseen economic or political incidents, we find nothing on the horizon that will dampen San Francisco’s real estate market. Construction of single-family homes and housing developments remains vigorous across the city, strongly suggesting robust activity throughout the fourth quarter and well into 2014. Even with the possibility of rising interest rates, San Francisco remains a premium market for buyers, including investors. Multiple offers will remain the rule, and the bidding will continue to move home prices higher.

Sales trends set at the beginning of 2013 continued through the third quarter in Sonoma County: high demand from buyers, a tight supply of homes for sale, and upward pressure on prices. 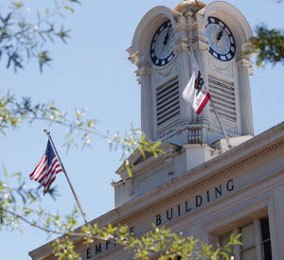 The market for homes priced from $400,000 to $900,000 was strong, and we saw a surprisingly large jump in sales for high-priced properties – up to $2 million. There was a big drop, however, in the sub-$400,000 market, which in recent years had been the province of foreclosures and short sales. Sales at that price point have slowed dramatically in recent months as the foreclosure and short-sale inventory dried up and homeowners regained equity and were able to hold onto their properties – or trade up at higher price points.

As the market slowly settled from the frenzy of previous quarters, sellers continued to receive multiple offers for their properties, though not as many as before. The inventory of available homes rose modestly in the third quarter.

Looking Forward: After exhausting the supply of lower-priced properties, sales activity will gradually work its way up the market. We anticipate a strong finish for the year, with the recent uptick in interest rates acting as an incentive for both buyers and sellers to take advantage of a market that still offers solid bargains for buyers and quick, uncomplicated sales for sellers.

Sales activity in July and August was off-the-charts busy in our Sonoma Valley region. Even allowing for a slight slowdown in September, the third quarter proved that buyers are not afraid to wade into a market of rising prices and competitive bidding to find the right primary or second home. 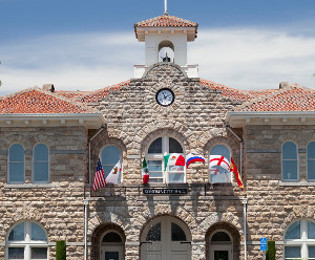 The number of homes for sale rose modestly in the quarter, although it remained down 22 percent from a year earlier and almost 50 percent from two years ago. Prices were up incrementally from the previous quarter but solidly above year-ago levels. The strongest market was for homes priced under $1 million.

Multiple offers remained the norm in the third quarter, although most homes generated two or three offers rather than the eight to 10 offers we saw in previous quarters. Homes that weren’t priced accurately received little interest from buyers.

Looking Forward: Demand for homes in Sonoma Valley remains strong. With the supply still far below normal levels, we expect the market to remain healthy throughout the end of the year and into the next. Rising interest rates remain a worry, although the possibility of significantly higher rates in 2014 could spark buyers to lock in mortgage rates that are still far below historical levels.

The third quarter is typically the busiest time of the year in the Tahoe/Truckee region, as buyers move to close deals before the start of the ski season. This year was no different. Sales have been particularly robust in 2013, reaching levels we haven’t seen in five to seven years. 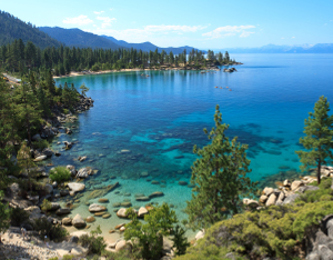 Most sales in the Tahoe/Truckee region are second homes for Bay Area buyers, and the region’s booming economy is in evidence here. With interest rates still somewhat low, buyers snapped up attractive, accurately priced single-family homes and condominiums across the region. Prices rose solidly during the quarter, even as inventory levels expanded. Sales were most active in the Truckee, Tahoe Donner, and North Shore communities. We saw the most activity among homes priced under $800,000 and also in the $3 million-to-$6 million range.

Looking Forward: We expect the region’s current busy market to continue unabated. Buyers have been looking at homes all summer and will continue to close deals through the fourth quarter and well into 2014. Shoppers hoping to win a bidding war are advised to have their mortgage preapproved – or pay cash if possible – and consider removing contingencies. Sellers are advised that competitively priced properties are more likely to receive multiple offers and spend less time sitting on the market.