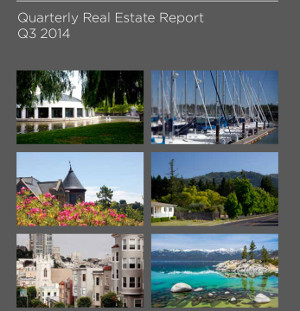 Home prices reached yearly peaks at some point in the third quarter in five of Pacific Union’s Bay Area regions. As has been the case all this year, buyers continued to pay more than original prices for homes in the East Bay, San Francisco, and Silicon Valley.

Although almost all of our real estate markets still favor sellers, many saw modest increases in inventory from August to September, a hopeful sign for buyers who have been shut out of the action and are giving it another try this fall.

Pacific Union’s third-quarter 2014 report is packed with data and regional summaries that offer a complete look at real estate activity in the Bay Area and the Tahoe/Truckee region.

Our Q3 Report also includes a comprehensive chart tracking 10 years of home sales throughout the Bay Area and Tahoe/Truckee — 76 cities, towns, and neighborhoods in nine regions. A smaller version of that chart, showing regional totals, appears below. Click anywhere on the chart to see the full data set. 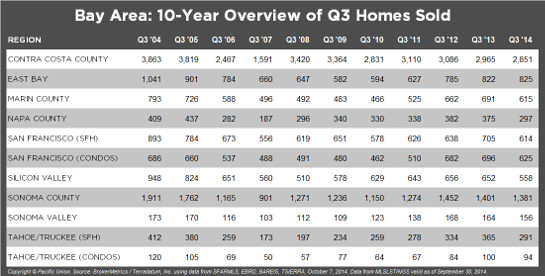 A slowdown in real estate activity that began at the end of the second quarter continued through the third quarter in Pacific Union’s Contra Costa County region. The number of properties on the market pulled back from a year ago, perhaps because sellers were uncertain where they would find their next home, with virtually every Bay Area community reporting extremely limited inventory levels. 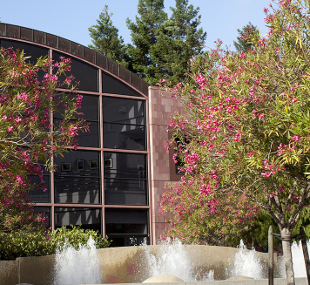 Contra Costa buyers were similarly cautious in the third quarter due to rapidly increasing prices, and the number of closed transactions declined. The drop-off resulted in fewer multiple offers and many more price reductions than we have seen in recent quarters, with most homes in the third quarter selling for slightly below their original list prices.

Looking Forward: We anticipate flat appreciation for the remainder of the year. Real estate activity will taper off as the holiday season approaches, and inventory will likely remain tight into 2015, as sellers wait for spring to put their homes on the market. With buyers also standing on the sidelines, homes will take longer to sell and should be priced conservatively to avoid price reductions.

The pace of sales remained strong in Pacific Union’s East Bay region during the third quarter, with July posting big gains compared with one year ago followed by a slight slowdown in August and September. 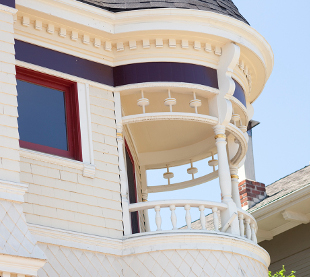 Most homes on the market received multiple offers, although the number and frequency of bids eased from the frenetic pace of the spring selling season.

Many new buyers started their search during the quarter, while the inventory of homes declined. The most competitive markets were those with high Walk Scores and those in close proximity to BART stations. The most active price point was for homes listed in the $750,000-to-$1-million range. Overall, prices continued to climb higher, with most homes in the region selling for well above their asking prices.

Looking Forward: We expect to see an increase in homes hitting the market in October and a corresponding rise in sales. A slight shift toward a more balanced market will still see strong buyer demand but without the extreme competitiveness observed in recent quarters.

Third-quarter real estate activity in Pacific Union’s Marin County region was a study in contrasts. July and August were exceptionally slow, but after Labor Day, the market caught fire as vacationing Bay Area residents returned home and set about the business of finding the perfect property. The higher end of the market saw strong sales, with multiple offers the rule for any well-priced home located in an attractive area. 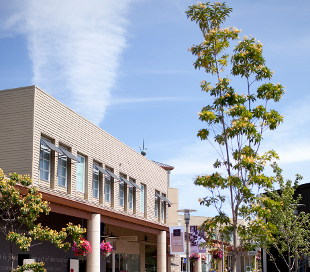 Inventory remained slim, however, as sellers held off putting their homes on the market. The run-up in prices over the past two years offered a clear incentive to sell, but many owners were caught in a Catch-22: Selling, even at a healthy profit, puts them in the same predicament as other buyers, scrambling to find their next home in an extremely tight market.

Mill Valley and Kentfield were the most active markets in the region. Homes priced from $1 million to $1.3 million sold briskly.

Looking Forward: Unlike the start of the third quarter, real estate activity in the fourth quarter looks to be quite vigorous, continuing the momentum that broke out in September. Buyers are already scouting the region to close sales before the holiday season arrives.

After a busy second quarter, real estate activity in Pacific Union’s Napa County region slowed to a crawl at the start of the third quarter. Homebuyers seemed to have taken off the entire month of July before business picked up the following month, only to be briefly derailed by the Aug. 24 Napa earthquake. But by September, buyers were back in the game, though with little urgency. 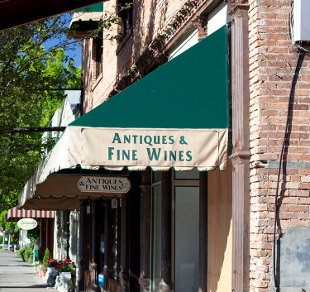 Shoppers benefited from an increased supply of homes for sale and more price reductions than we’ve seen in quite a while. Sellers weren’t happy to see prices roll back a bit, but after two years of substantial increases, the decline wasn’t unexpected. The market for homes in the $1-million-to $2-million range was very busy, while midpriced homes – $450,000 to $700,000 – saw only modest sales. Activity in St. Helena remained particularly strong.

Looking Forward: We expect the momentum that started building in September to continue through October and early November, assisted by a strong supply of homes already in escrow by the end of the third quarter. Following typical patterns, fourth-quarter activity will slow by the end of the year as real estate deals give way to the holiday season.

The number of homes sold in Pacific Union’s San Francisco region was down somewhat in the third quarter year over year, but the average sales price was appreciably higher, reflecting substantial confidence in the local real estate market and the overall economy. Inventory remained tight, as owners held off putting their homes on the market despite the remarkable run-up in prices over the past two years. One reason for this is that once sellers become move-up buyers, they face the same problem as other home shoppers across the Bay Area: lack of inventory. 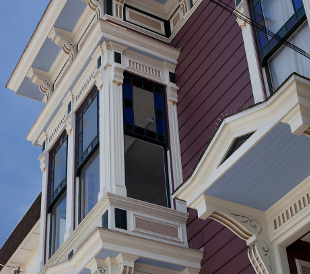 Noe Valley was particularly popular with buyers, and condominiums sold well across the entire city. The most active price point was for homes priced up to $2 million. Multiple offers remained standard for almost all fairly priced properties, although the number of offers and the intensity of bidding has waned over the past year.

Looking Forward: San Francisco’s robust economy and high-paying jobs combined with historically low interest rates gives us confidence that real estate activity will remain strong throughout the fourth quarter. The winter months will see a typical seasonal slowdown, which presents an opportunity for both buyers and sellers to get a jump on the competition.

Real estate activity zigzagged during the third quarter in Pacific Union’s Silicon Valley region, slowing to a crawl in July and August, then going gangbusters in early September before decelerating again. High-end markets such as Palo Alto, Menlo Park, and Hillsborough, however, remained busy throughout the quarter. 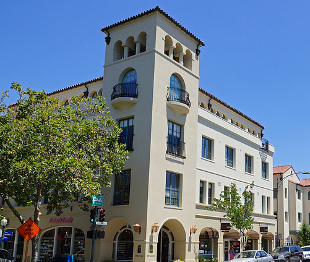 The region has some of the most expensive homes in the nation, and in Menlo Park, no homes on the market were priced at less than $1 million. Across Silicon Valley, any property priced under $4 million sold briskly.

Home prices continued rising throughout the quarter, although not at the pace seen a year earlier. Multiple offers remained standard, though bidders weren’t as frantic as they were last year. Similarly, off-market sales, while still common, were not as rampant as in 2013. While a balanced market for both buyers and sellers remains a long way off in Silicon Valley, the region is slowly moving in that direction.

Looking Forward: We expect moderate activity during the fourth quarter before sales slow during the year-end holiday season. Early indications suggest an increased supply of homes will hit the market during October, helping to drive sales in the months ahead.

Defining the Mid-Peninsula: Our real estate markets in the Mid-Peninsula subregion include the cities of Burlingame (excluding Ingold Millsdale Industrial Center), Hillsborough, and San Mateo (excluding the North Shoreview/Dore Cavanaugh area). Sales data in the report charts includes all single-family homes in these communities.

It has been a busy year for real estate in in Pacific Union’s Sonoma County region, and the third quarter was no exception. Other than a slight seasonal slowdown in August and September, buyers were motivated, and sellers were ready to make deals. 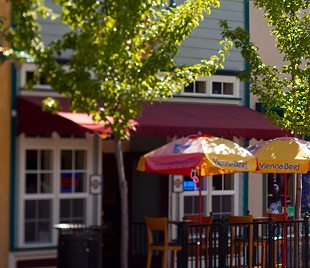 Inventory nonetheless remained constrained throughout the quarter. Owners have good reasons to put their homes on the market after two years of steadily rising prices, but they remain reluctant to do so. With the supply of properties tight across the Bay Area, owners apparently fear they could have a tough time finding a new home when they sell their current one.

Sales of high-end properties climbed in the third quarter, with a 45 percent increase for homes priced from $900,000 to $1 million. Meanwhile, lower-priced home sales dropped off, as the region exhausted its remaining supply of distressed properties. Prices rose at a healthy pace overall –especially in Petaluma and parts of Santa Rosa – while Cloverdale and coastal areas saw prices pull back.

Looking Forward: Demand for homes remains strong, interest rates remain low, and the Bay Area economy shows no sign of slowing. If the supply of homes picks up as we expect, buyers will be waiting and ready to sign contracts.

Real estate activity in Pacific Union’s Sonoma Valley region remained robust during the third quarter, but there were also signs of the market taking a deep breath. Those signs included a slight slowing of sales during the latter part of the quarter, more reductions on properties that had been priced too aggressively, and available homes staying on the market longer than we have seen in previous quarters. 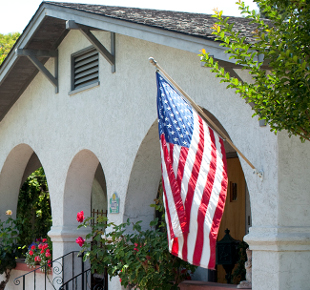 While there is almost always a bit of imbalance between buyers’ and sellers’ expectations, that disparity seemed to be more evident recently. The market was still strong, but the frenetic pace of sales activity seen in recent years gave way to more balanced conditions. Unlike other regions in the Bay Area, buyers in Sonoma Valley had an ample supply of homes to choose from, and new listings came on the market regularly.

Looking Forward: We expect the fourth quarter to continue trends seen in the third. Sellers will need to be realistic about pricing and length of time on the market, and buyers will need to pay attention to the continued rise in home prices. After a typical slowdown during the holiday season, we are optimistic about the first quarter of 2015. Interest rates should remain low, inventory should stabilize, and buyer interest in homeownership will remain strong.

Defining Sonoma Valley: Our real estate markets in Sonoma Valley include the cities of Glen Ellen, Kenwood, and Sonoma. Sales data in the report charts refers to all residential properties – including single-family homes, condominiums, and farms and ranches – in these communities.

The third quarter was a busy time for both buyers and sellers in Pacific Union’s Tahoe/Truckee region, with an abundance of properties on the market. Sales activity was generally strong across the region but spotty in pockets: Some ski resorts and communities reported remarkably strong sales, while others held steady or posted declines. Measured by price, luxury homes — $2 million-plus properties — sold extremely well during the quarter, and prices continued rising across the overall market. 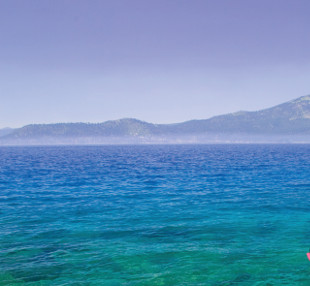 Homes in the region that were fairly priced attracted the most interest from buyers, while overpriced homes lingered on the market for 60 to 90 days or longer without an offer. Tahoe/Truckee is primarily a second-home market for buyers from the Bay Area, Sacramento, and Reno areas, and those regions’ vigorous economies help drive real estate here.

Looking Forward: The coming winter months will remain busy, as visiting skiers check out the area and become tempted to purchase homes. Prices in Tahoe/Truckee have not yet reached their prerecession peaks, so buyers can still track down bargains. Sellers will find plenty of willing and able buyers, so long as their properties are fairly priced.