Homebuyers who hope to soften their annual tax blow might want to consider a property valued somewhere in the middle of the spectrum, a new report reveals. And the longer they hold on to their purchases, the fewer yearly taxes they will pay – especially in California. 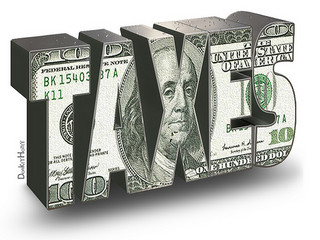 According to RealtyTrac’s inaugural U.S. Property Tax Rates Report, single-family homeowners with properties valued between $100,000 and $1 million made out the best in terms of taxes in 2014. Owners of homes valued in that range paid property tax rates ranging from 1.22 percent to 1.29 percent.

Homeowners at the highest end of the scale, those with properties valued between $2 million and $5 million, had the highest tax rates last year: 1.77 percent. And properties at the lowest end – those valued at $50,000 or less – drew the second highest property-tax rate of 1.68 percent.

A long-term hold strategy can also benefit Golden State homeowners when it comes to lessening taxes, thanks to legislation introduced in the late 1970s.

“State laws like Prop 13 in California give a property tax advantage to homeowners who have owned for a longer time, but the bell curve in effective property tax rates in the middle of the years-owned spectrum indicates that many who purchased during the housing bubble — or in the years leading up to the housing bubble — may be paying taxes based on a still-inflated valuation of their properties,” RealtyTrac Vice President Daren Blomquist in a statement.

The company says that those who have owned their homes for more than 20 years had the lowest average effective tax rate of 1.15 percent, translating to an average yearly payment of $2,632. Home flippers, owners who held a property for less than one year, got a similar break, with a tax rate of 1.18 percent, for $3,029 in payments.

Marin County’s tax rate, combined with its large home values, means that homeowners there paid the fourth largest annual property taxes in the U.S. — $11,422. San Mateo was the only other Bay Area county where property taxes exceeded $10,000 last year.