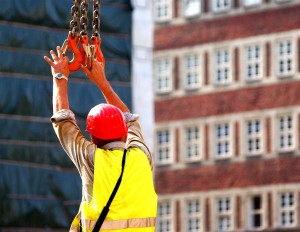 MEDIAN HOME PRICES CONTINUE TO RISE
In yet another bright sign of the times, median home prices continued to rise in the first quarter of 2013 in metropolitan areas around the country.

The latest numbers from the National Association of Realtors showed that median existing single-family home prices increased in 133 of 150 metropolitan statistical areas.

The San Francisco-Oakland-Fremont metropolitan area experienced the second-strongest year-over-year growth in the nation. Median single-family home prices in the area shot up 32.6 percent to $593,900, compared with $448,000 a year earlier, the association said.

Nationally, the median price for existing single-family homes was $176,600 in the first quarter of 2013, up 11.3 percent from a year earlier.

“The supply/demand balance is clearly tilted toward sellers in a good portion of the country,” NAR Chief Economist Lawrence Yun said in a statement. “Inventory conditions are expected to remain fairly constrained this year, so overall price increases should be well above the historic gain of one-to-two percentage points above the rate of inflation. If home builders can continue to ramp up production, then home price growth is expected to moderate in 2014.”

Many of the funds became increasingly risk-averse after getting burned during the economic recession, The Wall Street Journal reports.

But with the economy and housing rebounding, riskier real-estate projects, including pricey new luxury construction, are starting to garner more interest.

“Many prices have fallen quite a bit, so there’s now a lot of opportunity,” Edward Schwartz, a principal at real-estate consultant ORG Portfolio Management, told The Journal.

BUILDERS STRUGGLING TO FIND WORKERS
As the housing market improves in California and the U.S., builders are looking to hire.

But many construction workers have moved on to other fields, thanks to years of sporadic work and lower wages, the Los Angeles Times reports. Rising costs for building materials and high land prices have continued to push down workers’ hourly rates despite the improved economy.

The worker shortages are particularly bad in the Bay Area, where construction is booming, the article noted.

ADULT CHILDREN STILL MOVING HOME
Despite improvements in the economy, young adults are still moving back in with their families at high rates to save money on rent and other expenses.

Last year 22.6 million adults between the ages of 18 and 34 were living at home with their parents, a number that represents nearly a third of all people in that age group, The Wall Street Journal reported.

And many of the 1.8 million college students graduating next month are expected to return to their childhood homes.

“It is one of the biggest problems affecting our clients,” Benjamin Tobias, president of Florida wealth-management firm Tobias Financial Advisors, told The Journal. The article offers tips on how mitigate the costs and help your children successfully ease into financial independence.