Rooftop solar panels continue to grow in popularity in the Bay Area, offering homeowners a “green” source of electricity as well as dramatically lower energy bills — and sometimes a surplus. In addition, a typical solar array can add $15,000 or more to the sales price of a home. 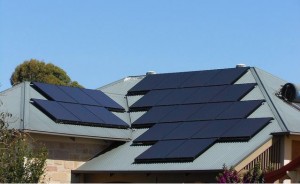 But there’s a catch.

Homeowners thinking about adding a solar array may be tempted to lease the panels instead of buying them. After all, purchasing a rooftop solar system can cost $15,000 or more after rebates. But while leasing can be an attractive option, it can complicate matters immensely when the owner puts the house up for sale.

Kenneth Harney, one of the nation’s most respected real estate writers, warned recently that leased solar panels can be a deal-killer.

Potential homebuyers may not want to take on a solar-panel lease contract in addition to a mortgage, Harney wrote in a recent column. A lease contract can run 10 to 15 years, and new buyers often have to qualify on credit from the solar companies themselves. In addition, some buyers may hesitate to sign a contract because they’re concerned that solar equipment will become obsolete or won’t add up to big savings after the leasing fee is paid.

Some homebuyers have insisted that the seller buy out the remaining lease, which could be $15,000 or more, as a condition of the home sale.

Harney told the story of a couple near Fresno, Calif. who received multiple offers on their home, but two sets of buyers backed out of the contracts due to the leased solar panels on the roof. Ultimately, the couple had to pay $22,000 to break the lease with the solar company so that they could sell the house.

Harney’s advice: “Be aware of the potential complexities that can occur when you lease, rather than buy, solar panels.

“If you opt for a lease, understand your long-term obligations, and talk to your current utility company about the savings claimed,” Harney wrote. “Most important, if you’ve got a leased system and plan to sell, contact the leasing company well in advance to learn about the lease transfer and buyout options. That way you’ll be ready if prospective buyers have problems with your panels.”