Housing markets are taking a “fall breather,” according to a respected real estate research firm, but activity will pick up again soon, and analysts are predicting “a solid market in 2014 and beyond.” 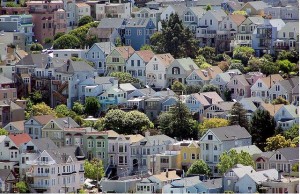 A just-released monthly report by John Burns Real Estate Consulting says homebuyers have paused after a busy summer of rising prices and frenetic sales activity. Adding to the slowdown, consumer confidence declined in October amid concerns about the government shutdown and the U.S. debt limit.

But economic indicators point to “measured growth” in real estate activity in the years ahead, according to the Burns report, which based its forecast on a review of 153 recent economic surveys, metrics, and reports. Among the company’s findings:

Burns analysts were cited last month in a Pacific Union blog post, when they forecast a 19 percent rise in San Francisco home values through 2017, with a 24 percent gain in Oakland and a 26 percent in Santa Rosa.