The recession of 2007-2009 hit the Bay Area harder than the nation as a whole, but the region recovered faster and today outperforms the country in terms of economic growth and housing market conditions. In fact, Bay Area job growth is running 40 percent ahead of the national average, while the risk of foreclosing on a home here is lower than in 95 percent of the nation’s metropolitan areas. 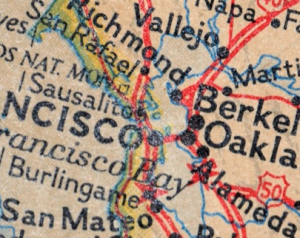 This portrait of a robust Bay Area economy was included in a pair of reports released this week by the U.S. Department of Housing and Urban Development.

The recession hit the San Francisco metro area especially hard, the Spotlight report noted, but the recovery was stronger, too. Employment grew at an average annual rate of 2.1 percent from the second quarter of 2010 through the third quarter of 2013, compared with an increase of 1.5 percent across the country. Job growth was especially strong in the construction, leisure and hospitality, and professional- and business-services sectors.

Home sales in the San Francisco region are improving at a fast pace, while mortgages at risk of foreclosure dropped 51 percent during the past year.

Citing data from LPS Applied Analytics, the HUD report said the San Francisco metro area placed 361st out of 381 metropolitan areas ranked by share of mortgages at risk of foreclosure.

Looking closer, the HUD said the share of mortgages that remain underwater dropped to 2.5 percent in the combined San Francisco-San Mateo County region by the third quarter of 2013, down from 9.0 percent a year earlier. In the Alameda-Contra Costa County region, negative equity declined to 13.9 percent from 29.7 percent over the same period.