No home is perfect. Whether a house is brand-new or a vintage model, every home could use a new coat of paint, or a few alterations, or maybe a new, third bedroom in order for its owners to declare themselves satisfied with their domicile. Or nearly satisfied. 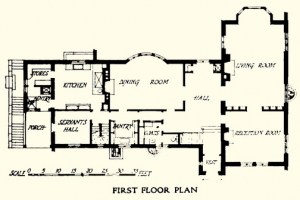 A recent survey calls this the housing-satisfaction gap: the things Americans want from their homes but don’t have.

The survey was conducted by the Demand Institute, which asked 10,000 households about their current living situation and what’s important to them in a home.

The survey pool included renters and owners, those planning to move, and those planning to stay put — young and old, affluent and not. Survey results noted that “unsatisfied needs and desires cut across the entire population.”

The Demand Institute noted that Americans will spend $7.4 trillion on home purchases over the next five years and $2.2 trillion on rent. They will also spend more than $700 billion renovating their current homes — attempts to narrow their own housing-satisfaction gaps.

Whether casual desires or fundamental needs, here are the top 10 things Americans want, but don’t yet have, from their homes:

Increased energy efficiency. The average household spending on home electricity has grown 56 percent since 2000, compared with 38 percent for other housing-related expenses.

Renovation. Nearly 80 percent of households say their home requires repairs, and they plan to increase spending on home-improvement projects in the next few years.

Updated kitchens and finishes. Only 38 percent of survey respondents are satisfied with the kitchen in their home.

Aging-friendly homes. The U.S. population is getting older.  As people age, they want a home they can stay in. That means reducing maintenance demands and adding accessibility features.

Safe streets. Crime in America has been falling for more than 20 years, yet more than one in five households – mostly in suburban areas – say their neighborhoods have become less safe in recent years.

Affordable housing. Nearly 40 million households are considered to have a housing “cost burden” because they spend 30 percent or more of their income on housing expenses. Nearly half of all renters fit in this category, compared with 26 percent of homeowners.

Privacy. Privacy is important to Americans, and that affects the type of home they choose and the location.

Storage space. More than half of survey respondents said they are “always looking for ways to create enough storage space.” Nearly half of those who move to a new home say they want more space than they have.

Responsive landlords. With more Americans renting, having a good landlord that is responsive to maintenance requests is a growing priority.

Investment vehicles. Despite the drop in home values during the recent recession, 77 percent of Americans think homeownership is an excellent investment.  Housing will continue to be one of the major ways Americans build wealth, the Demand Institute says.