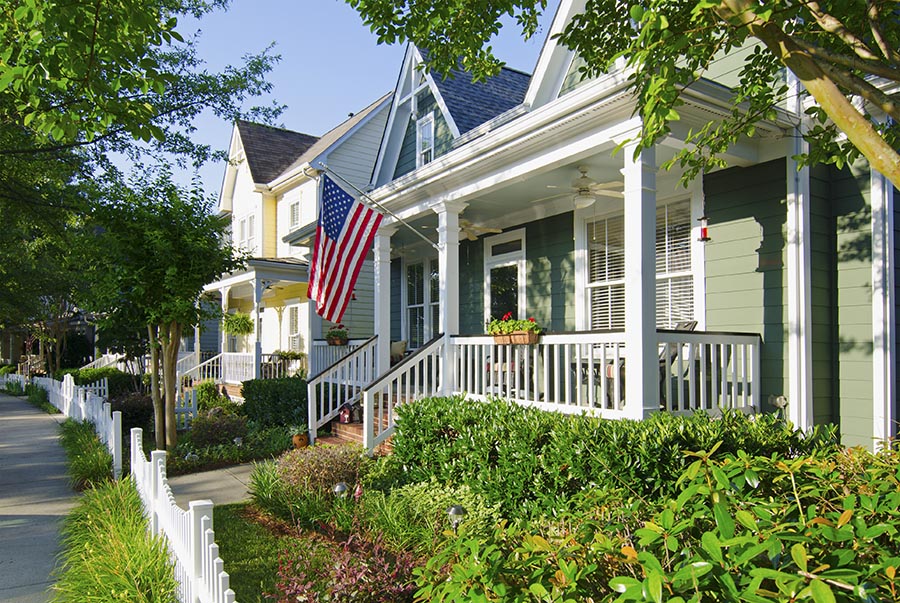 Owning a home remains a crucial part of achieving the American Dream, and financial gain is not the primary reason.

That’s according to the 2017 State of the American Dream report from home-remodeling website Hearth, which surveyed 2,000 people of all ages across the U.S. Respondents said that owning a home was the most critical aspect of achieving the American Dream, ranking higher than options such as sending children to college or having a successful career.

Since buying a home is one of the largest financial decisions most people will ever make, it would stand to reason that financial gain would be a primary motivator. But only 4 percent of those surveyed said that building wealth was the main benefit of homeownership, compared with 26 percent who want to create a family-friendly living space and 25 percent who think that owning a home reflects their work ethic.

But Americans are not willing to settle for just any old home, with more than 90 percent of those surveyed saying that it was crucial to own the right home. This is reflected in sentiments surrounding home renovations, cited as important by 79 percent of respondents. All generations put near-equal emphasis on the importance of remodeling a home: baby boomers (84 percent), Gen Xers (83 percent), and millennials (75 percent).

Given that remodeling a home is connected to achieving the American Dream, it makes sense that consumer renovation spend is projected to increase again this year. But homeowners planning an overhaul should be advised to make plans in advance; according to Houzz’s recent Renovation Barometer report, U.S. remodeling contractors have anywhere from four- to seven-week backlogs before they can start new jobs. In the Bay Area, it takes even longer — about 13 weeks in San Jose and nine weeks in San Francisco.