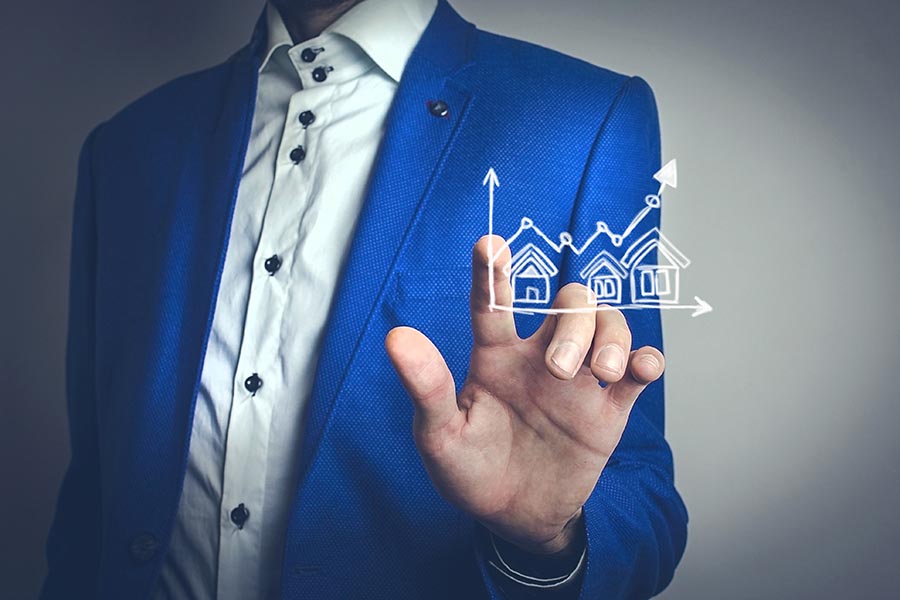 The U.S. housing market is on pace to have its best year for sales in a decade, and there may be no end in sight to price appreciation given the current inventory situation.

A Freddie Mac blog post says that there were 5.4 million U.S. home sales on a seasonally adjusted annual rate as of July, with existing home sales up 2.1 percent year over year and new home sales up 0.9 percent from last July. The company says that it expects demand for housing to remain high this fall, thanks to mortgage rates that are at the lowest level since last fall and solid job growth.

But supply conditions remain inadequate to meet that demand, with a 4.2-month supply of existing U.S. homes currently for sale. While that might cause sales activity to cool in the coming months, Freddie Mac says that it expects above-average price growth for the remainder of 2017.

Here in the Bay Area, homes prices are expected to increase by between 3.5 percent and 4.5 percent for 2017, according to the latest estimates from John Burns Real Estate Consulting. JBREC forecasts slowing Bay Area price growth in 2018 and 2019 before they start to inch down in 2020.

SANTA CLARA COUNTY HOME SALES SURGE OVER THE SUMMER
Though the inventory of homes for sale remains critically low in Silicon Valley, that didn’t put a damper on activity over the summer.

Citing CoreLogic data, The Mercury News reports that home sales rose by 13.0 percent in Santa Clara County in July, even as the nine-county Bay Area saw fewer transactions. Sales grew despite the fact that inventory in the county was down 30 percent from the same period last year, which CoreLogic Analyst Andrew LePage attributes to buyers snapping up the limited number of available homes.

The feverish demand for Silicon Valley real estate continues to stem from the region’s bustling job market. Santa Clara County added 7,400 jobs in July, the most in the Bay Area and a 2017 high.

HOMES NEAR STANFORD COMMAND THE HIGHEST RENTS OF ALL U.S. COLLEGE TOWNS
Anyone who’s lucky enough to own a home in pricey Palo Alto might want to think about becoming a landlord, given what homes near Stanford University are commanding in rent.

That would be $6,066 per month for a property less than two miles from the college, according to a study from HomeUnion. That proximity causes a home close to Stanford to rent for 68.3 percent higher than the metro area as a whole, second to University of California, Los Angeles for above-market premium.

Homes within two miles of the University of California, Berkeley rent for $4,134 per month, 34.2 percent more than regional average. SFGate recently reported on Berkeley’s astronomical rents, with 250-square-foot studio apartments fetching as much as $1,500 per month. As of August, Zumper puts the median monthly rent for a one-bedroom unit in Berkeley at $2,490

SMART FIRE PITS FORECAST AS A TOP OUTDOOR AMENITY THIS FALL
Add an outdoor fire pit to the increasingly long list of amenities homeowners want to control with their phones.

That is one of the foremost trends that the National Association of Landscape Professionals predicts for the coming fall, as homeowners seek to sustain indoor-outdoor living in the autumn months. Many of today’s fire pits can be automated to run at certain times and offer smart-phone control, capabilities that also extend to outdoor irrigation systems.

As the days get shorter, homeowners have an eye on better lighting, such as LEDs that prioritize safety. Other outdoor trends that NALP thinks will be in with homeowners this fall include low-maintenance materials; indoor landscaping; and plants, flowers, and trees that accent autumn colors.