If health warnings haven’t been able to get you or a loved one to quit smoking, maybe financial incentives–we’re talking tens of thousands of dollars–will do the trick. 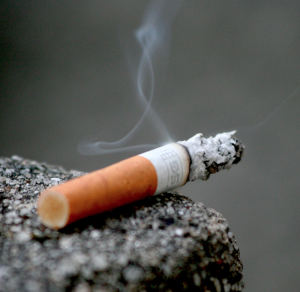 An April survey of real estate agents in Ontario, Canada, found that long-term cigarette smoking in a home may reduce its resale value by 20 percent, on average. And smokers’ homes are much more difficult to sell.

In the survey, commissioned by drug manufacturer Pfizer Canada, 44 percent of the agents surveyed said smoking will reduce a home’s value by some measure. Of these, one-third said the reduced value may range from 10 to 19 percent; another one-third said it could lower the value by 20 to 29 percent.

By a much larger margin–88 percent–the agents agreed that it’s much more difficult to sell homes where the residents are smokers.

Lingering smells of any kind, including those caused by pets or dampness, can be a turn-off to prospective homebuyers, but evidence of cigarette smoke also raises the specter of health concerns.

A recent study on the effects of “thirdhand smoke” –the residue that clings to virtually all surfaces long after secondhand smoke from a cigarette has disappeared–determined that it causes significant genetic damage in human cells.

According to the Lawrence Berkeley National Laboratory, which published the report, thirdhand smoke is particularly insidious because it is extremely difficult to eradicate. Studies have found that it can still be detected in dust and surfaces of apartments more than two months after smokers moved out. Common cleaning methods such as vacuuming, wiping and ventilation have not proven effective in lowering nicotine contamination.

“You can do some things to reduce the odors, but it’s very difficult to really clean it completely,” chemist Hugo Destaillats told a reporter. “The best solution is to substitute materials, such as change the carpet, and repaint.”