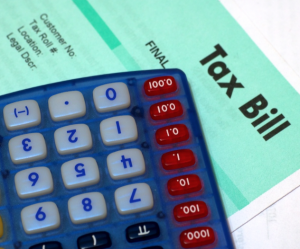 We love it when facts runs totally contrary to conventional wisdom.

Case in point: The National Association of Home Builders (NAHB) this week released a report on state real estate taxes across the nation, citing data from the U.S. Census Bureau’s latest American Community Survey. Living in high-tax California, we would absolutely expect to see the Golden State way up on the list of largest real estate taxes paid.

Northeast states tended to have the highest tax bills, with New Jersey No. 1 in the nation at $7,331. The lowest taxes paid were in the South — Alabamans (they ranked 51st) paid $532. So California was solidly on the side of big-tax states.

By that calculation, the picture changes dramatically.

California, it turns out, has an effective tax rate of 0.77 percent, owing to its expensive real estate. It ranked 34th among the states.

To be sure, New Jersey is still No. 1 when it comes to real estate tax rates, at 2.09 percent, and Alabama was only one step above the bottom, at 0.39 percent. (Hawaii’s rate was 0.29 percent.) But California, in fact, sits quite comfortably among the low-tax-rate states.

Of course, this may be scant consolation for Bay Area homeowners who still pay hefty taxes for their high-value homes, but it’s worth noting a more accurate source of the pain.

The link at the top of this article will take you to the NAHB’s real estate tax report. For a look at the complete state rankings, including median home values, click here.