Look for U.S. housing markets to continue expanding at healthy levels next year, with the pace of sales-price appreciation to slow down and construction of new homes to pick up. 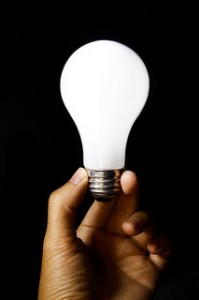 And those whispers of a coming “bubble” in San Francisco real estate? At least one report thinks it’s not going to happen.

Two housing forecasts released within the past week offer new optimism for homebuyers and sellers in 2014 and beyond.

Last Wednesday, an analyst at predictive software company Veros forecast that price-appreciation rates will start to cool in 2014. That will keep prices affordable, particularly in the nation’s healthiest real estate markets.

The housing recovery is strongest in the Bay Area, according to Veros, with 15 percent price appreciation through much of 2014 in the metropolitan area that includes Alameda, Contra Costa, Marin, San Francisco, and San Mateo counties.

Price growth will gradually slow to approximately 5 percent, according to the company’s computer models, fending off fears of a sustained bubble in price growth.

Meanwhile, a report from the National Association of Home Builders on Thursday announced that the ongoing housing recovery is “expected to gain momentum next year even as several challenges remain.”

NAHB Chief Economist David Crowe said in the report that “The cards are in play for a decent and fairly strong recovery in 2014 and particularly in 2015.”

Homebuilders predict that construction of single-family homes will rise 17 percent in 2013 and jump an additional 31 percent next year. The NAHB echoed the conclusions of the Veros forecast, predicting that the growing availability of homes will help slow price increases in 2014 and beyond.

Another bright spot, according to the NAHB, is a rise in household formations that were delayed during the economic downturn, as college graduates and young professionals were forced to move back in with their parents or double up as roommates. The United States was producing 1.4 million additional households every year at the height of the housing boom, but that figure plunged to 500,000 during the depth of the recession. Today, that number is back up to 700,000.