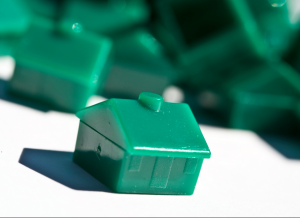 We at Pacific Union have written before about the benefits of homeownership. To list just a few: A home offers more security and privacy than a rental unit, it provides a sense of stability, and it’s almost always a good investment. But purchasing a home can also change people’s lives in more profound ways.

In a survey of Canadian families living in houses built by nonprofit Habitat for Humanity, 89 percent said their lives had improved since they moved into their homes, while 86 percent said their happiness had increased since buying.

The Canada Mortgage and Housing Corp. survey found that home ownership resulted in marked improvement in children’s school performance. Parents reported that their children not only had increased confidence, improved behavior, and higher grades, but also enjoyed school more. These children also participated in a greater number of extracurricular activities, including sports, music, arts, and volunteering.

Also, more than 75 percent of families surveyed said their health had improved since becoming homeowners. They reported fewer illnesses caused by colds, flu, allergies, and stress.

Financially, 58 percent of the new homeowners said they are better off now than before they moved, even though most reported that their overall housing costs had increased.

The NAR report concluded: “With the home purchase comes the pride of ownership and the sense of belonging in a community where one has a financial stake in the neighborhood.

“Perhaps homeowners are ‘happier’ just from having achieved the so-called ‘American Dream’ — a sense of accomplishment, a milestone.”