The San Francisco metropolitan area led the nation in job growth in January with 41,300 new jobs, a 4.3 percent increase from a year earlier, according to the latest numbers from the U.S. Bureau of Labor Statistics.

The statistics confirm that the Bay Area is California’s job growth leader, said Stephen Levy, director of the Palo Alto-based Center for Continuing Study of the California Economy.

Even with the elevated numbers, Bay Area unemployment remained far below the state average of 9.8 percent.

Levy said the San Francisco and San Jose metro areas “have already reached pre-recession job peaks,” and other parts of the Bay Area are expected to follow suit over the next three months. 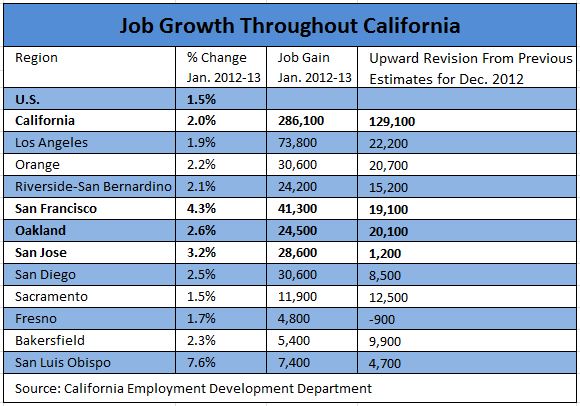 (San Francisco photo courtesy of J.G. in S.F., via Flickr.)