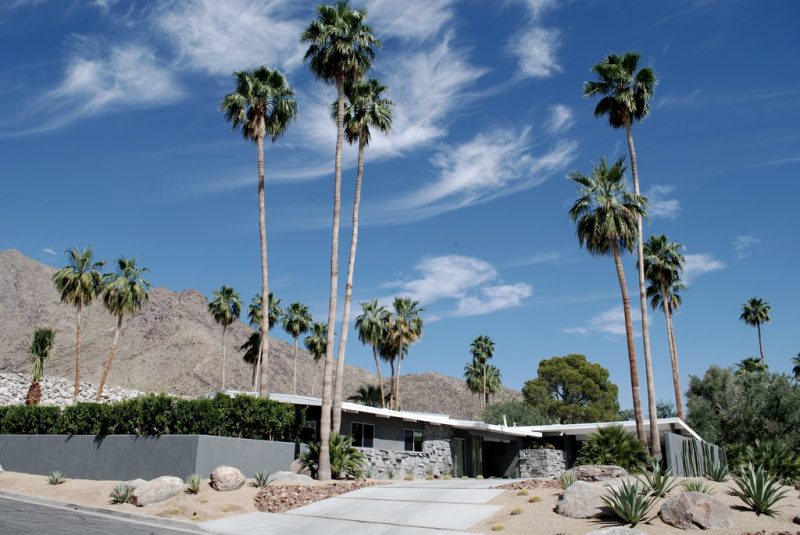 This is the seventh installment in a series of bimonthly posts about architecture styles, each dedicated to a popular home type that can be found in the Bay Area.

The all-American ranch home was born in the 1920s and became a popular post-World War II residential building style in America in the 1940s through the 1970s. Their cost-effective construction especially appealed to middle-class homeowners. In fact, ranch homes became the dominant American home style from California to New Jersey through the 1950s and 1960s. Ranch homes are usually one story (sometimes split- level), often feature a finished basement, and typically have the bedrooms away from the living area.

Other common features of ranch-style homes include:

The ranch home personified an informal, casual living style. According to this Houzz article, the ranch-style home “celebrated the postwar profusion of cheap land and sprawling suburbs, with a horizontal footprint that turned its back on the streetscape to focus on backyard living.”

And speaking of backyard living, one popular feature of the ranch-style home is the sliding glass door, leading most often to a back patio. The house was meant to be a blend of modernism and the style of the American West ranch, and access and connection to the outdoors was an important element.

Clifford May was the man behind the popularity of the ranch home. According to this The New York Times article about May, “The ranch house was everything a California house should be — it had cross-ventilation, the floor was level with the ground, and with its courtyard and the exterior corridor, it was about sunshine and informal outdoor living.”

The first home May sold went for $9,500 despite the Great Depression. He went on to sell plans for approximately 18,000 ranch homes. The Eichler home was actually a version of the suburban ranch house popularized by designer May and others.

The ranch-style home’s popularity began to wane in the late 20th century, as “neoeclectic architecture” — homes with a wide array of decorative techniques — were revived.

Haciendas, the modern ranch, the suburban, and the tract ranch — the ranch-style home does have a few different incarnations. You can read more about the evolution of this house style and its characteristics at Old House Online.

Visit this Pinterest page to see 1,000-plus photo inspirations based around the ranch-style home. This Houzz page is filled with ranch-style home design photos. To learn more about the ranch home’s characteristics, visit this Mid Century Home Style webpage.