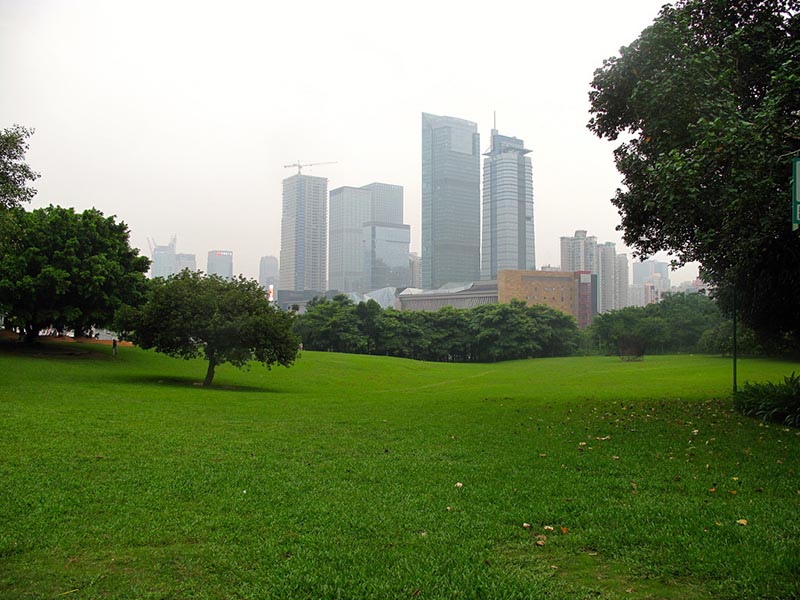 That’s according to Realtor.com, which examined the top 150 global markets for home price appreciation based on a study by Knight Frank. Six of the top 10 markets for highest annual appreciation were in China, led by Shenzhen, where home prices grew by a staggering 47.4 percent in the second quarter. Shanghai ranked No. 2, with 33.8 percent appreciation, followed by Nanjing at 31.5 percent.

The only U.S. city to rank in the top 20 for annual home price growth was Portland, Oregon, with 12.6 percent growth. San Francisco was even further down the list at No. 58, with 6.5 percent annual home price appreciation. According to Realtor.com, one reason that appreciation in San Francisco is slowing is because prices are already so high that there is little room for additional growth.

SONOMA COUNTY: HOME TO MORE STARTUPS THAN SAN FRANCISCO
San Francisco and Silicon Valley have long been known as hotbeds of tech startups, but Sonoma County is beating them both in terms of job growth by new businesses.

Citing data from the U.S. Census Bureau, cost-information website How Much says that startups accounted for 4 percent of job growth in the Santa Rosa-Petaluma metro area in 2014, ranking No. 6 in the country. San Francisco and San Jose, meanwhile, didn’t even crack the top 10, with 2.2 percent and 2.0 percent respective growth — basically in line with the U.S. average

Just more than half of U.S metro areas saw job increases from startups in 2014 compared with only about 4 percent five years earlier in the midst of the recession. However, startup job growth has yet to surpass its pre crisis peak: In 2005, 71.6 percent of metro areas posted job gains from startups.

MORE ENCOURAGING NEWS FOR BAY AREA RENTERS …
After a decade-long boom, the U.S. rental market is finally cooling off, with the City by the Bay leading the way.

The Wall Street Journal reports that U.S. rental prices increased by 4.1 percent in the third quarter, the fourth consecutive quarter of slowing growth. Rents in the nation’s two priciest markets — San Francisco and New York — declined in the third quarter, which could signal the beginning on an overall downturn. San Francisco’s 3 percent third-quarter rent price decline was the first drop since 2010.

One factor influencing the declines is more new units hitting the market, with 555,000 currently under construction nationwide. San Francisco is expected to see 6,500 new units by 2018, while 6,700 are slated for San Jose. Another ingredient to softening rent prices in the Bay Area is the fact that growth of high-paying jobs is slowing.

The news comes on the heels of Zumper’s latest monthly rent report, which found that rents in San Francisco are down on both a monthly and yearly basis in October — both for one- and two-bedroom units.

… AND A SAVINGS TIP FOR BAY AREA RENTERS WHO WANT TO BUY A HOME
Bay Area renters who hope to someday own a home in the region can sock away a lot of down-payment cash with one simple tip: Get a roommate.

A new study by SmartAsset ranks the top 10 cities in America where sharing a residence can equal the biggest savings. San Francisco, where a one-bedroom unit goes for $3,548 per month, sits at the top of that list. Those who choose to rent a two-bedroom unit for $4,885 per month and split the rent down the middle with a roommate can save $1,106 each month or more than $13,000 per year.

San Jose is the No. 3 city in the country where a roommate can help economize the most, with an average monthly savings of $841. Oakland renters can $733 per month by choosing to split the cost of a $2,857 two-bedroom apartment. Rents are still rising in Oakland, with both one- and two-bedroom units up about 6 percent year over year in October according to Zumper.