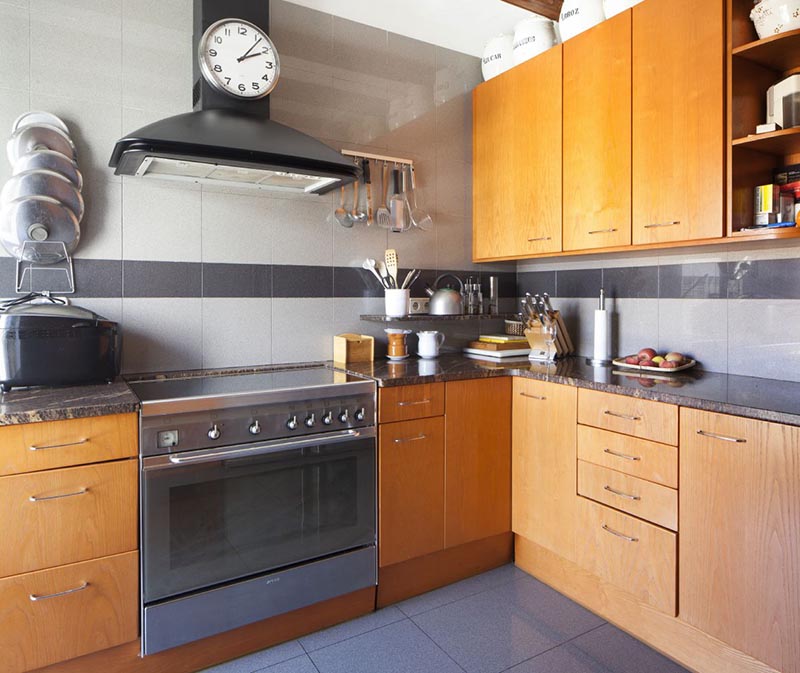 Owners who are planning on remodeling their homes in advance of putting them on the market would do well to take a look at what kitchen features and finishes builders are using in new homes, as many prospective buyers will want similar amenities.

A new report from the National Association of Home Builders cites data from Home Innovation Research Labs’ 2016 Builder Practices Study in order to profile kitchen construction and design trends in new single-family and multifamily residential homes. Cooktops and dishwashers are the two appliances that almost always come in a new home, appearing in 97 percent and 92 percent of properties, respectively. Eighty-four percent of new construction comes with microwave ovens and garbage disposals. Stainless-steel appliances are by the far the most popular, with 79 percent of those polled opting for that finish.

Granite countertops also get the nod from homebuilders, with almost two-thirds using this material, far more than those who chose laminates, engineered stone, or solid surfaces. Separate survey results from Houzz found that homebuyers are almost equally split on colors; 30 percent bought properties with multicolored countertops, while 26 percent chose white or another color.

Kitchen cabinets are still most likely to be constructed of wood, which was chosen by 85 percent of homebuilders. Cabinets with raised panels in the frame were more than twice as popular as those with flat panels. One-third of new home buyers purchased properties with white kitchen cabinets, with “other” and natural wood the second most common finishes.

Two Houzz surveys from earlier this year shed additional light on current kitchen-renovation trends. A June poll found that the kitchen was the most popular U.S. home-remodeling job in 2015, with a major overhaul on a large kitchen costing an average of $50,700. Seventy percent of respondents to that poll updated their countertops, and around half of them spruced up finishes.

In January, Houzz found that nearly half of all homeowners who were remodeling their kitchens were doing so to open up the space to additional rooms and increase its livability. That makes sense, given that two-thirds of those respondents spend more than three hours a day in their kitchens, and a substantial number use the room to socialize or entertain guests.