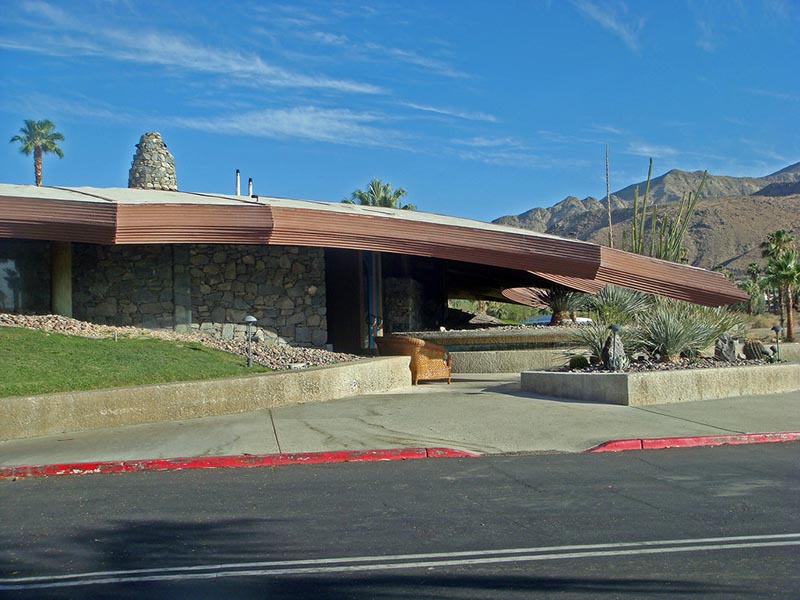 This is the eighth and final installment in a series of bimonthly posts about architecture styles, each dedicated to a popular home type that can be found in the Bay Area.

Eclectic, ornamental, and whimsical, the Postmodern home was born in the 1970s and 1980s.

Postmodernism was a reaction to, yet an extension of, Modernism. Modernism, with its mantra of “form follows function” valued purpose, simplicity, and square edges. Postmodern architecture threw out this mantra, appropriated design elements from the past, and combined them with new innovations. Postmodern architecture featured an diverse mash-up of borrowed styles. Not just an architectural movement, postmodernism touched graphics, music, costumes, ceramics, industrial design, and other disciplines.

According to Failed Architecture, Postmodern architecture, “often show[ed] a preference for fragmentation, provocation, irony and distorted references to historical styles” and not everyone was crazy about it (both then and now). British architect Sam Jacob thinks Postmodern architecture could be “mean, sarcastic, blank, difficult, challenging, yet somehow simultaneously psychedelically positive.”

In his book, “The 70s House,” David Heathcote sums up the style nicely: “In the 1970s, architecture and interior design was at an important turning point: the certainties and rigours of postwar Modernism were giving way to a sense of adventure and pluralism.”

And, on the inside? “The 70s was a study in contradiction: austerity and decadence, drab earth tones and campy colors, nature-loving hippiedom and high-tech futurism,” according to Apartment Therapy. Interior designer Kim Stone covers some of the main features of the postmodern design movement in her article “Post Modern Interior Design” on lovetoknow.com, including classic modernism, Memphis style, deconstructivism, and high-tech style.

According to the Bold Italic, in San Francisco, “Postmodern homes were built anywhere single lots remained undeveloped, like in the Sunset, Golden Gate Heights, Diamond Heights, Bernal Heights, or where outdated industrial buildings were replaced  —  Potrero Hill, the Mission, South of Market, and Mission Bay.”