As home prices in the Bay Area continue their remarkable upward trajectory, observers are beginning  to talk of the once-unmentionable: finally erasing the losses suffered in the housing market collapse of 2008-2009, when property values dropped like a lead balloon.

Home prices have been galloping higher in recent months, however, with May’s median price up 30 percent from a year earlier. Economists say the spike in prices is evidence of a healthy housing market and shows no sign of slowing down for at least another year.

“Today’s market is still re-establishing equilibrium,” DataQuick President John Walsh said in a statement. “Among potential buyers there is clearly a sense that favorable factors are lined up right now in a way they may not be in a year, or three or five years.”

While prices are rising, total sales in May were down 4 percent from a year ago because of the tight supply of homes on the market.

However, that low inventory may be starting to rise, as underwater homeowners realize they may have already regained equity and could make a healthy profit in today’s competitive marketplace. 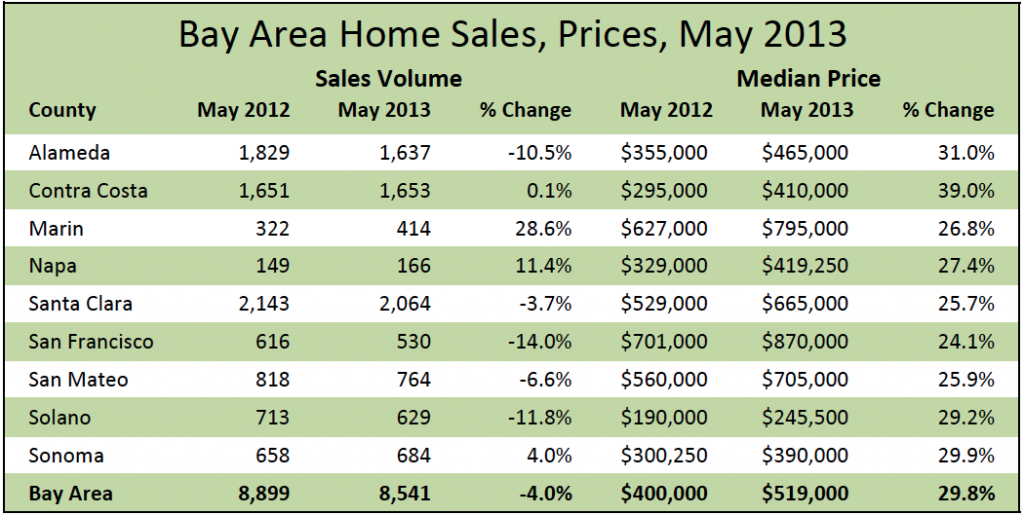