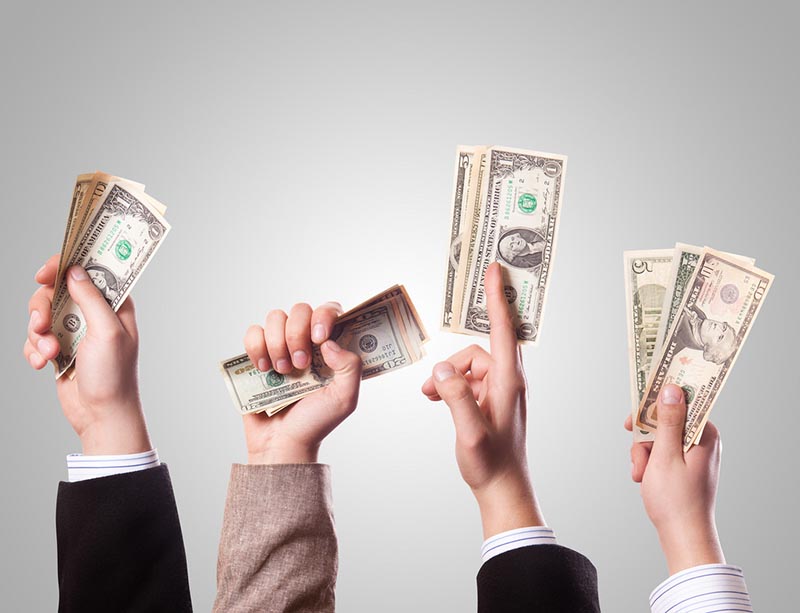 Although the Bay Area’s housing market is gradually normalizing, competition for real estate in some communities remains fierce. In fact, half of the U.S. cities where bidding wars are most common are located in the Bay Area, with Silicon Valley figuring prominently into the picture.

That’s according to a recent CoreLogic blog post, which analyzed second-quarter transactions in U.S. communities with at least 100 sales and ranked the top 30 places where buyers are most likely to pay premiums. California is clearly the nation’s bidding-war capital, with 17 cities on the list. Washington placed eight communities on the list, along with Colorado (three), Oregon (one), and New Jersey (one).

The city of Santa Clara ranks No. 1 for overbids, with 78.4 percent of second-quarter transactions involving bidding wars. The average Santa Clara buyer paid an extra $63,550 — 8 percent above original price — in order to secure a home. Buyers in Milpitas are the nation’s second most likely to face bidding wars, with 75 percent of properties seeing overbids, followed closely by Fremont, where 74.6 percent of homes garner multiple offers.

The Bay Area’s two largest cities just missed the top 10, with San Francisco (66.2 percent) and San Jose (65.9 percent) placing 12th and 13th, respectively. San Francisco has the dubious distinction of the highest premiums on CoreLogic’s list, with the average buyer paying 12.2 percent more than orignial price. Commenting on the numbers, analyst Bin He put that number into perspective:

“Let us pause for a moment and think about this: if you happen to get into a bidding war in San Francisco CA, which actually occurred in six out of ten closed sales in Q2 2016, you’d better be prepared to pay an additional $134,000 for your dream home,” He wrote. The analyst also noted that bidding wars in San Francisco had actually dropped from a year ago due to elevated home prices that still have not reached their prerecession peaks.

Buyers in Los Altos, which ranks No. 23 for overbids at 55.1 percent, actually paid the most additional money for a home of any city on the list: $232,000. The Bay Area’s heavy presence is rounded out by No. 24 Campbell, where 54.2 percent of homes fetch multiple offers, and No. 28 Rohnert Park, with 52.9 percent of properties subject to bidding wars.

A look at California’s inventory conditions — a familiar culprit — goes a long way to explain the frequent instances of multiple offers in the Bay Area. CoreLogic says that while the U.S. had a 3.75-month supply of homes for sale as of June, California had a 2.6-month supply.