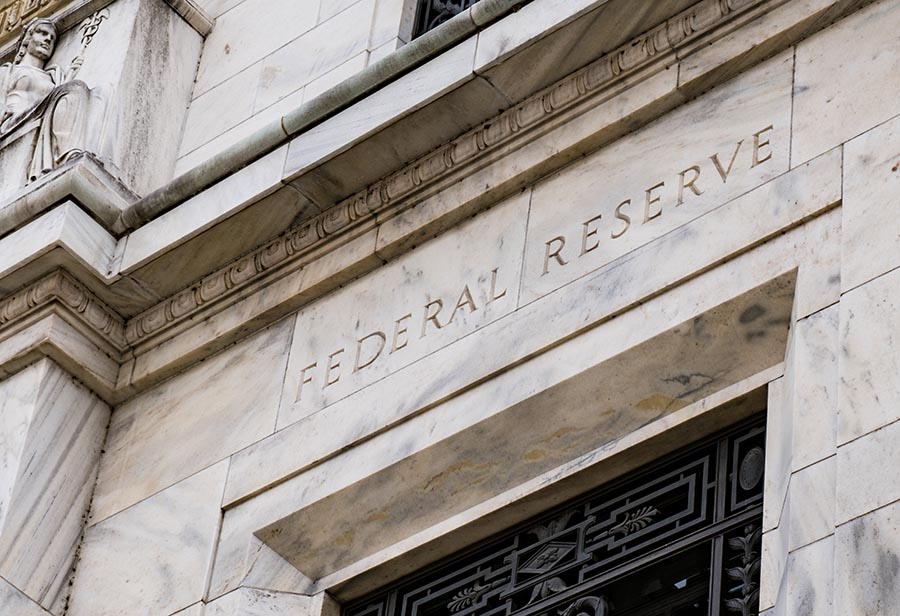 The stock market exhibited volatility early in 2019 but recovered following the Federal Reserve’s announcement that it will leave rates unchanged. The Fed emphasized that it will be patient in determining its next steps, both regarding the federal-funds rate and the unwinding of its reserves. And though markets have widely expected the Fed to keep its target rate unchanged, the market welcomed its emphasis on patience with open arms, prompting another stock rally.

While questions arose as to whether the Fed’s less-aggressive stance meant that it felt less confident about U.S. economic growth, Chairman Jerome Powell underscored that the need for patience stems from global and financial developments, particularly slow growth in Western Europe and China — as well as soft inflation pressures — rather than slowing U.S. growth. However, Powell also noted that U.S. trade negotiations, Brexit, and outcomes from the government shutdown played a role in the Fed’s decision to exercise restraint.

Furthermore, while not specifically saying as much, the Fed’s statement and Powell’s comments suggest that further interest-rate hikes may be off the table, at least in the foreseeable future, unless a significant pickup in the economy or inflation occurs.

What does this mean for U.S. consumers? The Fed’s decision to step back on its funds rate has released pressure on borrowing rates for consumer products such as automobile loans and mortgages. Unless there is another government shutdown, consumers may expect to see mortgage rates, which ended the week of Jan. 31 at 4.46 percent, to maintain their current levels or possibly decline even slightly more. The recent decrease in rates has already helped drive an uptick in applications for mortgages.

However, consumer confidence has been truly shaken by the government shutdown, and prior to that, year-end financial market volatility and trade tensions created jitters. According to The Conference Board Leading Economic Index released earlier this week, consumer confidence has fallen for third straight month, dropping by 6.4 percentage points, from 126.6 in December to 120.2 in January. During the last major shutdown in October 2013, confidence fell by 7.8 percentage points to 72.4.

While the most recent government shutdown was considered a partial closure, it still affected 800,000 federal employees, which is one-third of the U.S. government workforce and one-half of a percentage point of the total nonfarm civilian workforce. Of the 800,000 affected employees, 420,000 were asked to work without pay, while the remaining 380,000 were furloughed, which means that they were placed on a leave of absence.

Toward the end of the shutdown, about 50,000 federal workers were asked to return to their jobs, most of whom were IRS employees recalled to process mortgage applications and tax refunds. The U.S. State Department and the Departments of Transportation, Interior, and Agriculture also recalled workers.

In estimating the impact of the government shutdown, economists weigh both direct costs and indirect costs. Direct costs are easier to measure, while indirect costs are sometimes harder to quantify, including losses from mortgage approvals, small-business loans, and initial public offerings. What quickly became evident during the most recent shutdown was that it affected many families — some of whom are lower-income households and especially at risk of financial difficulties due to a lack of housing payments, food stamps, and overall reduced aid.

Economists put the direct loss from worker output during the shutdown at $4 billion per month in deferred compensation to furloughed workers, though this loss will be mostly reversed after federal workers receive their retroactive pay. The lost productivity of furloughed workers, however, cannot be reversed and is estimated at $5.7 billion per month. Also, there is an estimated $7.5-billion-per-month loss from pay to government contractors, though this impact is difficult to measure and unfortunately disproportionately affects workers in the Washington, D.C. metropolitan area. Taken together, the total quarterly loss amounts to $25 billion. But for a shutdown that would last longer than a fiscal quarter, losses would increase exponentially. For example, in the air-transportation sector alone, a 20 percent drop in travel would cost the U.S. economy 122,000 jobs and $16 billion annually.

The economic loss in the first quarter is estimated to bring the nation’s gross-domestic-product growth to a range between 0.5 percent and 1.5 percent, down from a previously estimated gain of 2.1 percent. In other words, each week of a government shutdown leads to a decline of 0.05 percentage points to 0.13 percentage points in economic activity — or about $2 billion per week.

Again, while some of those costs are reversible, the permanent loss stems from no output from government workers and contractors, as well as damage to consumer confidence. Also, as is evident in the case of the country’s air-traffic-safety system, a lack of confidence can lead to a brain-drain of government workers.

Also, due to the shutdown, many economic indicators have not been published in a timely manner. Visibility into economic data is critically important to both businesses and government agencies, since a lack of numbers makes it harder to measure when the economy is slowing. The recent shutdown was particularly poorly timed since it occurred at a critical juncture for the U.S. economy, which was already showing decreased activity. Fear remains among experts that the shutdown may exacerbate the nation’s economic slowdown.

The recent shutdown illustrates the importance of the federal government in the U.S. economy and the trickle-down effect that government spending has on households. And while talk of another possible shutdown looms, one can only hope that American families are not used as collateral damage in political battles.